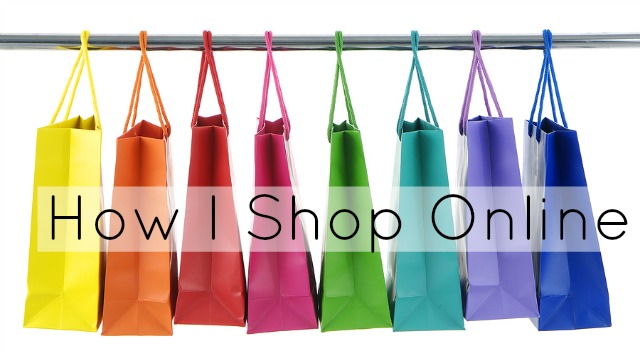 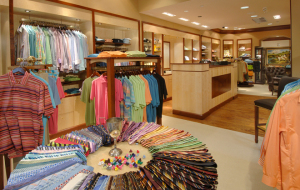 The Internet today ties more than two billion people world across. Also it has an immense bearing on the global economy, contributing an estimated $1.7 trillion, of the global GDP in 2010. Yet half the numbers of Internet users live outside the advanced economies, often in countries that are quickly developing, have significant economic potential and are socially and culturally diverse. India has about 120 million people online today which offers an arresting example of the Internet’s growth potential. The major players are eyeing to gulp a larger pie of India’s $3.1 billion (excluding travel) e-commerce market (Business Standard 23 May 2014). India is adopting the Internet at a much more rapid pace than advanced economies and even many developing economies, yet 90 percent of its population is currently not connected.

Hence the pertinent question rises – What makes India’s online retail sector under perform despite of country being the third largest Internet base in the World after China and the US? Of $500 billion organized retail sector, the online segment contribution is less than 0.50%. (ET New Delhi 10 Feb 2014). India’s e-commerce market is valued at $3.1 billion by CLSA (HT New Delhi 21 May 2014) and is sensed to be highly competitive. Are we all projecting it to “can’t touch, won’t buy” outlook? Or smartphones will flush in torrid patterns in shopping behavior of the consumers in forthcoming years? Are we restricting the uprising to the surface or e tailing will cut the ice to deeper levels? This study attempts to understand the ways to improve satisfaction levels considering visual merchandizing factors impacting intention to buy of online apparel shoppers in India based on empirical research and will also try answering if higher satisfaction is indicative of repeat buying.

Internet invasion along with secure gateways, prompt deliveries and returns, price bargains and convenience have accounted for high affinity among the time starved and impatient generation. Indian consumers have exhibited remarkable rise in online shopping from 65% recorded last year to 85% in 2013 as revealed by ASOCHAM study. Electronics, apparels, jewelry, baby food and lifestyle accessories like watches, books, perfumes and beauty products have witnessed the roar. India’s e-commerce market has progressed from $2.5 billion in 2009 to$6.3 billion in 2011 to $16 billion in 2013 and is estimated to hit $56 billion by 2023 (ASSOCHAM  2013)

Of course the need of the hour dictates how e commerce will gradually creep in to connect people at a click. The way developed nations hinge upon internet shopping, developing nations are not far off in the league. The lower percentage of internet shopping in our country despite of being the third largest internet base is the world may be shouldered upon myriad factors as viewed by “Indian consumer”.

A lot of worldwide research has already been conducted to bring forth various antecedents which are involved in online shopping process. Right from consumer attitude to strategic practices have been examined in past to reveal high involvement factors leading towards an intention to buy. But the visual appeals impacting intention to buy apparels online in a country like India with such a diverse mix necessitates a gaze to comprehend the masses and in turn aid apparel e merchants develop lucrative online visual merchandizing practices.

As larger Indian population gradually becomes acclimatized to online shopping lot many studies conducted talk about mitigating risk factors, thereby enhancing credibility to shop more. Hence, though largely studied in the context of brick-and-mortar stores, Visual Merchandizing (VMD) in the online perspective has gained lot of attention from researchers. VMD is defined as the strategic display of a store and its merchandize in a way that will captivate the attention of potential customers and stimulate them to buy (Diamond & Diamond, 2007). Therefore presentation must be curated with a sharp eye of trending fashion that ultimately yields higher profitability.VMD embraces both visual and marketing functions of the store environment, including store design, merchandise presentation, window dressing, mannequins, props and materials, graphics, lighting and signage (Diamond & Diamond, 2007). Earlier studies establish that site design and merchandising pull customers and impact their satisfaction with Internet shopping (Szymanski & Hise, 2000). Extensive and higher-quality product information affects consumers’ contentment in Internet shopping (Lin, 2007). Also more striking and pleasurable site stimuli may influence consumers’ behavioral intention (Wu, Cheng, & Yen, 2008).

Fashion marketing flags VMD as an absolute vital strategic tool (Lea-Greenwood, 1998), and apparel is a significant fashion category that is frequently purchased online (Burns, 2006). Year 2006 marks the popularity of apparel and apparel-related products purchased online,  excluding travel (Corcoran, 2007); online sales of apparel and accessories in the U.S. increased 31% as compared to the previous year (Emarketer, 2007) almost reaching $12.4 billion, which accounted for 12.2% of total sales in 2007 (Brohan, 2008). This was one of the reasons for choosing apparels as the target product in this research.

Hence the study aims to identify the different factors associated with visual merchandizing which may impact the buying intention of the customer. The research will be based on customer perceptions about the various aspects of visual merchandising and hence will also study the customer traits and the possible influence it may have on the buying intentions. It is assumed for the purpose of this study that customer demographics, their purchasing power, their previous shopping experience, their trust and the place of residence will impact their online buying behavior.

The importance of the study lies in the fact that there has been a surge in technology and also a shift in the buying modes of people in India. Indians are now showing interest in purchasing from the comforts of their home and are giving up the traditional mode of buying apparels. 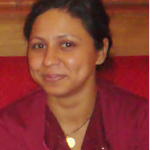