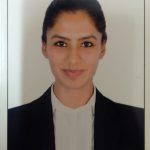 Amanpriya Singh is an Assistant Professor of Law in IILM Law School, Gurugram teaching various subjects like interpretation of Statutes, Legal English and Jurisprudence. She holds a Masters in Law with specialization in Criminal Law from Rajiv Gandhi National University of Law, Punjab and LL.B. from Campus Law Center, Delhi University. 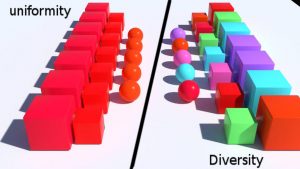 The Preamble of the Indian Constitution reads, “WE, THE PEOPLE OF INDIA, having solemnly resolved to constitute India into a SOVEREIGN SOCIALIST SECULAR DEMOCRATIC REPUBLIC and to secure to all …”. One of the principal pillars of Indian democracy is the character of secularism which it beholds. “Secular” means which has no religious basis or is separate from religion, and a secular person is the one who does not owe his moral values to any religion. An individual’s values are primarily product of his rational and scientific thinking. The key features of secularism embody within itself the equal respect and recognition of all religions by the State, no official religion in India, an individual has the right to profess, propagate and practise any religion, and no discrimination by the State on the basis of religion. In other words, secularism means segregating the religion from political, socio- economic, and cultural aspects of life.

With the rise in judicial activism and the enforcement of fundamental rights through the High Court and Supreme Court, the question of defining secularism strikes one’s mind. The recent Hijab Ban Judgement by Karnataka High Court, wherein the honourable High Court upheld the Karnataka Government order to ban wearing hijab in the educational institutions. While quoting the difference between ‘Freedom of Conscience’ and ‘Religious Expression’, the three judges Bench at the High Court explained that while conscience is an internal belief, religious expression is an outward expression of this belief. The Court also upheld that wearing the hijab is not an essential religious practice and therefore does not fall within the umbrella of protection under Article 25 of the Constitution of India, 1950. However, the hijab ban judgement has been criticised on various grounds. Post this judgement there have been noticeable pleas in the Supreme Court to declare the acceptance and adherence of a uniform dress code for schools and educational institutions. And these extended pleas raised in light of such judgments definitely raise an alarming question that needs to be answered; one of them is defining what secularism is. Is it the acceptance of all religions and living in coherence with other religious diversities, or is it to bring uniformity amongst all religions and practices.

Uniformity and diversity are two different terminologies wherein uniformity means “sameness”, or “absence of diversity”, whereas diversity means, “state of difference or variety”, or “noticeable heterogeneity as opposed to homogeneity”. Uniformity of religions, as opposed to diversity of religions, makes one question the concept of secularism. The concerning issue that can exist in the aims of religious education is to cast a fine line of demarcation between the desire to encourage open‐minded, critical thinking through exposure to diverse traditions, ideas and cultures, into uniformity wherein the learners take on the values of a particular tradition, culture or ideology (say of religion, family or school). Religious uniformity is usually seen where the government promotes one State’s religion, denomination, or philosophy to exclude all other religious beliefs. Religious uniformity was common in many modern theocratic and atheistic governments. But, one can always question this by stating that secularism means that the State does not prioritise any one religion over the exclusion of others, especially in a diverse culture. All institutions rather have regard for all religions, by recognising and accepting all religious diversities and respecting pluralism.

It is definitely a debatable question that is to be pondered upon. Defining secularism will certainly involve judicial interventions, and research by scholars and academicians, while considering secularism as the cardinal principle of the Indian Democracy.