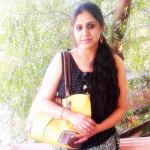 We are living in an era where there are as many NEWS channels as music or entertainment channels. Mushrooming of news channels does raise a question – is so much happening in reality or it is being made to happen to fill in all the television slots. How much of it is credible and how much is cooked up?

There are so many factors which Indian viewers seek while watching the news like – accuracy of the news, timeliness, entertainment factor, well informed journalists, local national and international news, sports, instant broadcast of the breaking news, business news, political news, social news, etc. Every news channel takes one of these as a USP and focuses on it. While AAJTAK has been perceived to be the best in the field of reporting through entertainment, NDTV is more liked for its well groomed journalists.

But have news channels ever wondered about what are the factors that affect their credibility in the eyes of the viewers and how to improve them? This shall be really beneficial for news media outlets particularly because they are getting rough competition from “Social Media”. And it is not surprising that credibility associated with social media is very high as perceived by the social media fans.

The whole point about credibility is that facts are presented accurately and without any embellishment and the viewer recognizes this. It takes a lot to build credibility and very little to destroy it. Thus the focused priority for any news product such as a news channel or a newspaper is to safeguard its credibility. Often a few channels may resort to sensationalism in order to boost viewership. However, this strategy is not sustainable. One can either be credible or sensational. Most media companies have already made their choice, whether they want to be credible and accurate or try and get quick eyeballs through sensationalism by focusing too heavily on the entertainment factor. However, one cannot forget the fact that “viewers are intelligent and perceptive enough to know the difference”.

G Krishnan, executive director & CEO at TV Today Network said, “TV is the only media whose performance is judged on a weekly basis and advertising revenues largely depend on the ratings the channel has secured each week.” Krishnan further said news channels are becoming bigger and better, in terms of content and technological brilliance. Of the 120 million TV homes, over 70% market is captured by Hindi speaking viewers.

Times Now editor-in-chief Arnab Goswami emphasised that television ratings are the only mechanism to judge the success of any channel. “Hence, our focus should be on viewers. If consumers are still hooked to a particular channel, there is no reason to worry,” he said.

It is debatable how this differential view of Arnab Goswami can be related to the wide spectrum of the Indian viewers.

It can be concluded that today’s viewers know exactly what they want and secondly, they have a choice of too many news channels. Hence, adding a bit of sensation and dramatization may add to the net acceptance of a news channel but over doing the same to an extent where reality gets over shadowed will not be a long lasting strategy. Very interestingly, even the regular viewers of AAJTAK acknowledge that AAJTAK has its own political and bollywood preferences and talking about dramatization factor, AAJTAK is perceived to be highly dramatized as compared to NDTV and other news channels.