Everybody says that there will be a turning point in life when the way your thought works, the way you perceive this world will change. IILM exchange program was that turning point in my life. I was among those students who got this lucky opportunity to stay in Dijon which changed my Life.

With mixed feeling I arrived in Dijon. It is completely different from New Delhi. A calm, peaceful city with old historic mountains. Later, I came to know that it is called as a city of students.

Next day I was welcomed by the friendly teachers and staff in the induction week were we were made aware about the city. I got an international exposure as there were students from Germany, Spain, Poland,Russia, Italy,China,Korea,Africa  and many more. There were trips which were organized by school which helped us to know each other better. 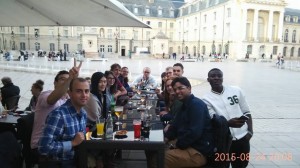 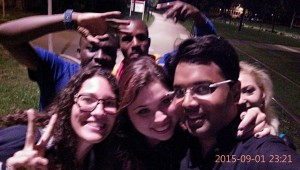 ance. I was surprised to see the student-teacher relationship in France.

It was informal yet formal. Also, a new thing I experienced was that university itself was organizing parties for us.This was something new for me unlike Indian universities.In this week I also got a chance to visit thefamous Dijon Music Festival which happens only once in a year.

In this week our courses began and we were introduced to our teachers. Most of the teachers were globally renowned teachers and have taught in different countries. So, it was easy to get along with them. Teachers were very friendly and it was very comfortable to adjust with us. I also got a chance to visit Paris on the weekend. 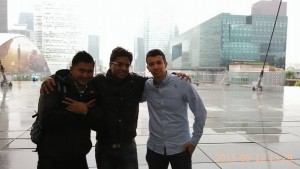 In this week, due to light schedule of our lectures. We decided to explore Dijon. We visited many churches, temples. World famous wine of france was of course great. Dijon has numerous churches and museums each having its own significant value. 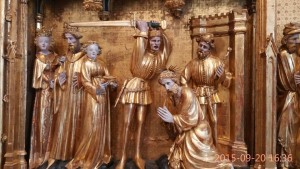 A month passed away but I was still feeling that I 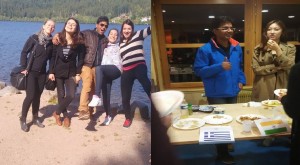 arrived just few days back. In this week we learnt about different marketing tools and how international marketing works. I also learnt some basic French and points about French culture. I realized that many of things are similar and basic just like our Indian culture. In this week I got a chance to visit “Alsace” a city in france famous for hills. We went in bus and got to know many new friends. Later we need to represent our countries and I was proud to represent mine.

This week we studied about global marketing strategy. How different luxury brands develop there strategy. This week was really great as we were involved in many group discussions and I learnt many new things.  On the weekend I also got a chance to visit Switzerland alps with a friend from Belgium. It was a great exposure as we learned about each other culture. Also, this was first time I experienced snowfall in my life. 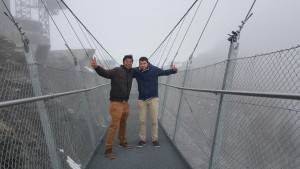 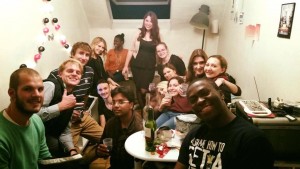 This week was an amazing one as we studied about international marketing management and got exposed to new market conditions prevailing around the world. We learned about the emerging market sector. In this week I also get to know about the French wine and cheese. Unlike india, drinking wine is really common in France at public places.

This week we were told about our examination days and we need to start preparing for it. We were also told the pattern of the exam and what are we expected to write. We were also told about the forthcoming vacations. All the students studied hard in this exam to copee up with classes and score good marks in exams.

We had our first French exam this week. Exam pattern is similar as that of India in France also. I came to know about a new culture of drinking wine with teachers if the exam is easy. This was something new for me as in india I always had that formal relationship with teachers. 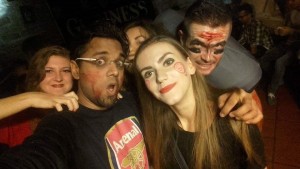 In this week along with the classes. I celebrated diwali with my global friends. India is really famous for its culture all over the world. Everybody was keen to know how diwali is celebrated and why it was celebrated. Also, this was the first time I tried my hands on cooking some complicated Indian food for them. 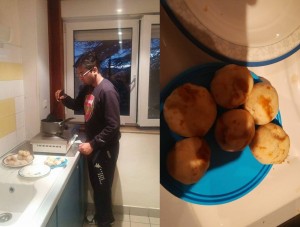 This week was a shocking week due to attacks in Paris. I observed that all the people were expressing their condolence  and our teachers were also shocked by this. I was deeply shocked seeing such attacks.

In the school I was selected as a Research assistant by my professor. He asked me to join his team who were writing about Indian culture and luxury market. It was more than delighted to help him.

In this week I was discussing about the luxury cars with my professor and to my surprise he asked me to write an article as he felt that I am good with cars. I took it seriously and wrote an article and he really appreciated me. For me, it was the first article I wrote and I was very inspired.

These were the exam days. All the students were inside their rooms studying and school was silent as there were less classes because of exams. 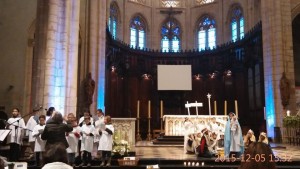 This was a relaxing week as we were done with our exams . I decided to travel in the rest of days. I got a chance to visit lyon this week with the Erasmus group of students. It was a great experience. I experienced the churches and monuments there. The significance of Merci marie etc.

This was the travelling week. I visited Spain and Italy in this week. I experienced a varied culture. I tried to learn a little Spanish but I realized that’s not my cup of tea. I learned about “hola” in spain and “Allora” in Italy. All the people are very friendly in these countries and can speak very good English.

This was the most difficult part of my journey. I knew this will come but I did not realize that I have made a family there. A family with which I am tied. With a smile on our faces and tears in our eyes we all decided to head towards our real home. 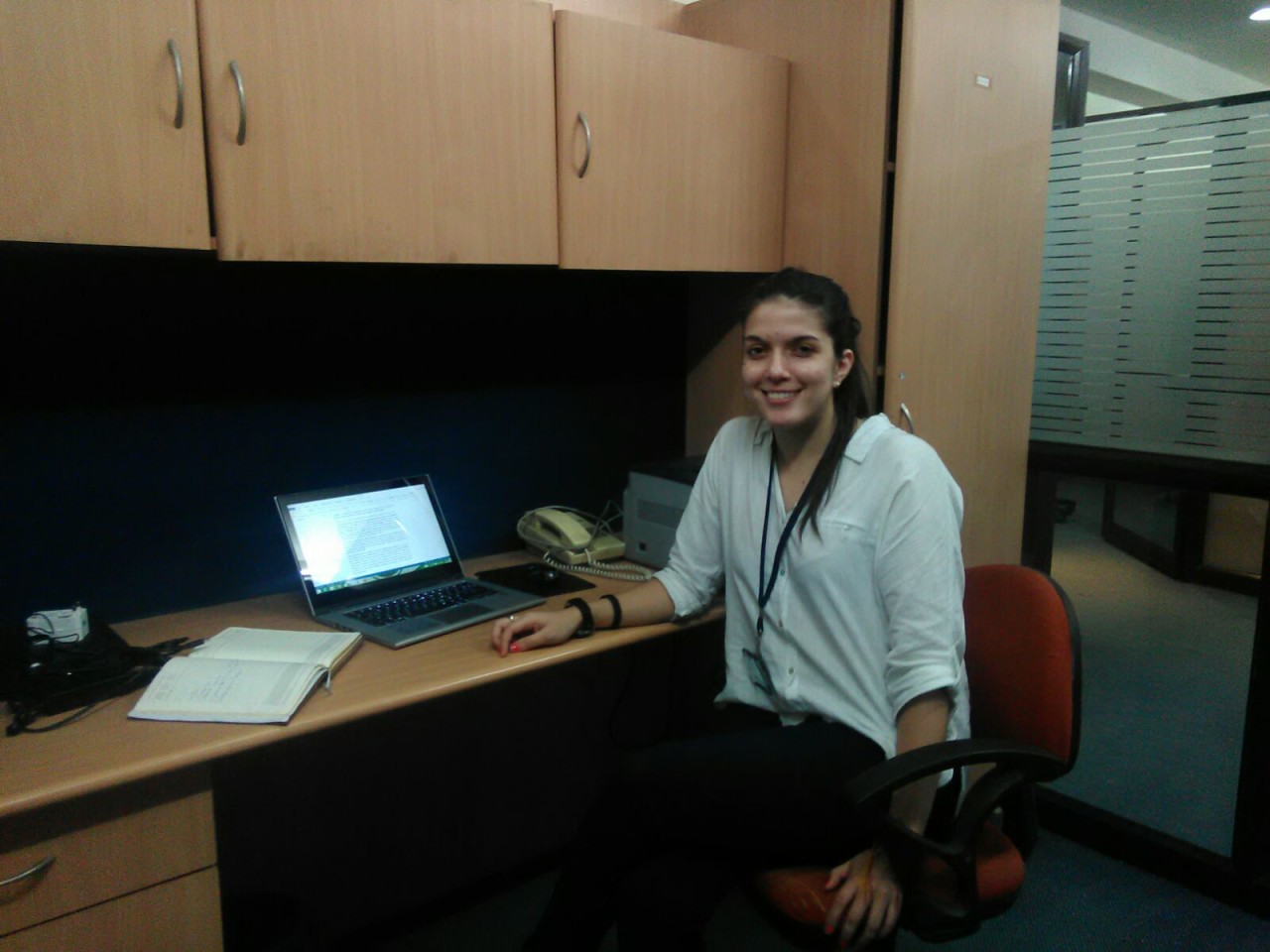 One day someone said, “”Change your mind, keep your principles; change your experiences, keep intact your root” (Hugo, V). Life is dynamic and is the man who decides what to keep, what to accept, reject, and let it go. My name is Erika Reátiga R, Colombian. Modern Languages student. Ending my career I asked to myself what I wanted to do next I knew that I was very young and that I had and still have gaps to fill, experiences to live and learn,  people to meet, cultures to understand, stories to share and listen… so I decided to do my internship in India. 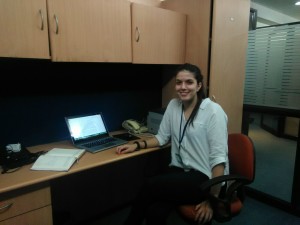 I think that from the first day I arrived, I already had more than two anecdotes to tell. Feel the scorching heat of India, listen the loud horns of the cars, the smells, the colors of the streets and costumes, the music, the dances, the ceremonies and festivals, the food, all of that was just the beginning of a big change in my habits, thoughts, and undoubtedly the discovery to a new life style.

Although the cultural differences I think, that in one way or another, all cultures reflect common human needs. I strongly believe that this set of differences should not us separate; these are only challenges and opportunities to listen, learn,  share and create ideas by aligning all the different thoughts toward a common goal, developing the ability of teamwork.

There is something more that goes beyond such differences; it is the sense of understanding and respect for others. I understood that in India the sense of unity is not limited to family or friends, it is extended to support and guide to anyone who may need it. 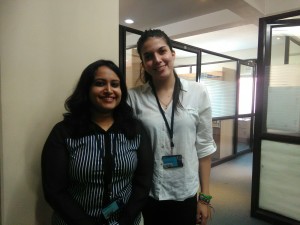 Come to IILM as an intern, was like to come to an institute that open the doors to anyone. IILM creates spaces for the multiculturalism, it accepts respects and tolerates the difference, and it involves different parties for the achievement of common goals. The support and accompaniment provided by each of the members of the Institute has been always unconditional the quality of people and the quality in the performance of its work is impressive, the process of learning is constant, learn from mistakes, facing new challenges are daily aspects having always there opportunities to learn something new. The culture of discipline, teamwork and excellence is more than evident in their achievements. 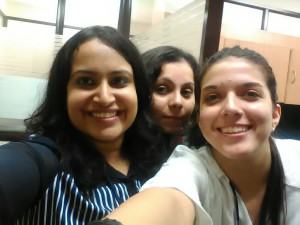 IILM not only seeks to promote the academic training of the student, but also cultural, creating spaces for leisure and entertainment, eager to learn and share more days of life and learning experiences with you. I am looking forward to the Dandiya night celebrations on Tuesday !