International humanitarian law and international human rights law are part of International law. International law is the law which governs the relations of states inter-se, with international bodies, and to some extent with citizens, as stated by Oppenheim. Since the two are the branches of International law, they are by some, confused as the same thing and by some others, are regarded as so distinct as having no connection. Both of these two extreme notions cannot be regarded as true. International humanitarian law (IHL) and international human rights law (IHRL) are different from each other in their definition, development, the scope of application and implementation. On the one hand, IHRL is a series of rights, and on the other hand, IHRL is a series of duties that combatants have to obey. This distinction, however, does not mean that they function in a four-cornered wall without getting influenced by each other.
International humanitarian law is a set of rules which seek to limit the effects of armed conflict. Generally, it applies to the time of armed conflicts. International humanitarian law does not see to stop or prohibit war, but it sets out rules to regulate the war and mitigate the sufferings of the war victims and others involved. It protects persons who are not or are no longer participating in the hostilities and restricts the means and methods of warfare. It is also known as the law of war or the law of armed conflict. International human rights law is the body of international law designed to promote human rights on social, regional, and domestic levels. They also differ in their scope, international humanitarian law primarily mentions the agreements between states on how to conduct war, and on the protection of enemy civilians and combatants. On the other hand, international human rights law extends to the agreements between states regulating the relationship between each state and the individuals over whom it has jurisdiction. IHL applies primarily in times of armed conflict. The application and scope of IHL is so strict that the state parties can in no circumstance derogate from the provisions of it, nor do they have the right of reservations under IHL. IHRL, on the other hand, applies at all times, i.e. in peacetime and during armed conflict. Human rights treaties permit governments to derogate from certain obligations during public emergencies that threaten the life of the nation. Derogation must, however, be necessary and proportional to the crisis, must not be introduced on a discriminatory basis and must not contravene other rules of international law – including provisions of IHL. However, few of the international human rights principles which have acquired the status of Jus Cogens like the right to life, the prohibition against torture or cruel, inhuman or degrading treatment or punishment, the prohibition against slavery and servitude and the prohibition against retroactive criminal laws, can never be derogated.
Despite a number of differences between IHL and IHRL, they are complementary bodies of international law that share some of the same aims. Both IHL and IHRL strive to protect the lives, health and dignity of individuals; thus, they may be very different in formulation, but in essence, they seek to work towards a common goal. Many of the rules of these two bodies of law are similar, for example, both IHL and IHRL prohibit torture or cruel treatment, prescribe basic rights for persons subject to the criminal process, prohibit discrimination, contain provisions for the protection of women and children, and regulate aspects of the right to food and health. The main objective with which the UN was established was to promote humanity. Thus the main aim of IHRL is to foster the principle of humanity, aimed at protecting human life and dignity. Similarly, IHL also seeks to protect the principle of humanity which is aimed at protecting human life and dignity.
IHRL and IHL are different in their language, scope, development, application and implementation. But both are complementary to each other and cannot function in complete isolation to each other. Human rights are the same in international and non-international armed conflicts and outside armed conflicts. We cannot in any sense dissect the two branches so much that we tend to identify them moving in opposite directions. A number of similarities between these two different branches of international law complement each other, and both of these branches are continuously influencing each other. One cannot understand a particular branch in isolation from the other. Since the two carry similar rights and similar provisions, interpretation of provisions of one branch has to be done in light of the provisions of the other branch. 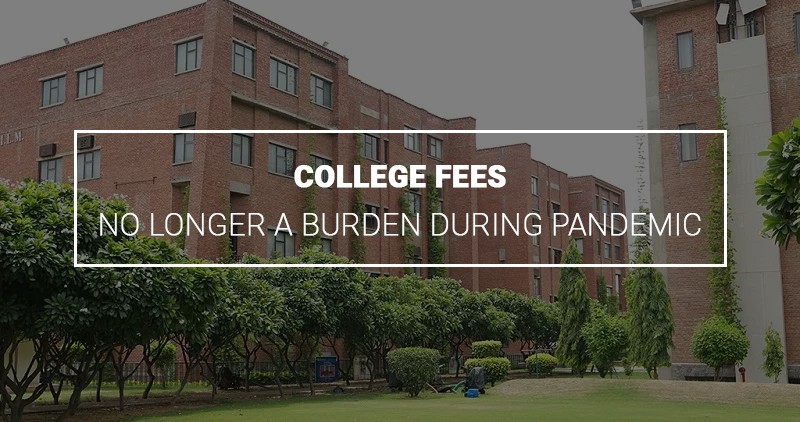 Living in the age of competition makes everyone choose the best. While choosing the best, we also need to protect our financial pockets, especially during the pandemic when it is in the most vulnerable situation. During this time getting admission, for a professional course like Law in a good college will scar the pockets a little more. A college that caters to this need of the people is the need of the hour. To fulfil this need, IILM takes a step forward and offers numerous scholarships. It offers specific scholarships to meritorious students who have obtained good results in CLAT or LSAT. A scholarship of 20% is awarded if a student scores 100 and above in CLAT, and a scholarship of 30% is awarded if a score of 455 and above is obtained in LSAT. In addition to this IILM, understands payment of fees in one go will be difficult during this time, therefore relaxes the payment of fees for the Law programmes, including BA LLB and BBA LLB. The Registration fees, which most candidates see as a huge burden on their pockets, is relaxed from Rs. 90000 to Rs. 25000, and the fee payment of the first year is divided into three instalments. These steps are taken to ensure that higher education is not compromised during the pandemic.

The question that most frequently crosses our mind while selecting a college to pursue our higher education in law is what we need and what they offer? An ideal Law college should be a paradise land offering a mock of the entire life ahead of every budding lawyer. It is paramount to understand that a lawyer is not only the one who practices the law. Instead, a lawyer is expected to preach its values and propagate them in society. This brings us to the foremost value every budding lawyer searches for in a law school, the quality of being able to be good. Law school should focus on the speaking abilities of every law student, even of the ones sitting in the corner of the class. To polish this skill, law school should regularly engage their students in moot court competitions, panel discussions, debates, and classroom interactions. The use of these practices makes the students confident to face the world with much ease.

The second virtue a law college should offer is the opportunity to let the young minds speak, write and publish. An ideal law school is the one that pushes all its students to contribute towards the law journals of the college and also help them build up their research skills to enable them to publish their works in other journals. The next essential trait a law student looks for in a law college is its ability to offer internships and placement opportunities. Law school should also focus on co-curricular activities apart from the regular law classes, which will ensure the student’s overall growth. For the overall growth of students, the students should be able to stay in touch with their teachers even beyond the classroom and college years. The professors and mentors should establish healthy relations with the students or a system that offers continuous mentoring of the students by following some unique mentor-mentee system. In addition to this, any law school that follows the Socratic method of teaching will raise the more analytical and intellectual lawyers. That involves complete participation of the student in the learning process, whereby he gets the freedom to ask questions and the confidence to raise his voice.