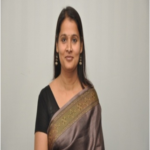 In the venture capital industry, Unicorn’s term is used to describe a startup company with a value of over $1 billion. There are more than 600 unicorn companies around the world, as of April 20211. Getting to a billion-dollar valuation is not easy and that too when the market is going through a funding crunch during the time of Pandemic worldwide. These newly-crowned Indian unicorns definitely deserve a big round of applause. With 39 unicorns, India ranks 3rd in the total number of unicorns globally. India added 2nd highest number of unicorns in 2020 after the USA. But everyone must be wondering what makes India a hub of unicorns and its record-breaking creation of unicorns every year. As a matter of pride, we can give the credit of this big achievement to India’s changing reforms and policies towards start-ups. In the recent past, various initiatives taken by the government have also favored the Indian start-ups to scale. The most important factor is the zeal of young Indian entrepreneur’s to expand and grow.

By end of 2021, India will be into the 50+ strong Unicorn club. The past record shows that 30 of 38 active Indian Unicorns achieved a $1Bn+ valuation in the last 3 years only. It is a very positive signal for the possibilities of entering new companies into the Unicorn club. We have a pipeline of start-ups with more than $50Mn+ in cumulative funding which is at an all-time high. Even in 2020 majority of those startups reported growth, with a few already marked $1Bn+ valuations in secondary markets. As per the forecast of the industry experts, India is going to add at least 9 to 11 Unicorns in the calendar year 2021 or even more.

Every budding entrepreneur should know some interesting facts about these Unicorns: 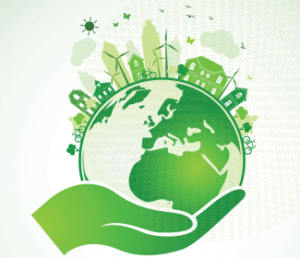 Today the whole world is fighting with the pandemic called COVID 19. Big economies and nations are finding it difficult to fight with this invisible virus. After the recovery of China back to the normal there is hope for us too to come back on the track again. Are we ready for the near future challenges like climate change, global warming, unemployment, recession, increasing poverty and inequality after COVID- 19?

Still, we have time to listen to the young environmentalist Greta Thunberg and United Nations’ report, “The Future is Now: Science for Achieving Sustainable Development,”.(1) Creating economic growth just by increasing consumption of material goods does not seem a viable option at the global level now.  Projections indicate that the global use of materials will be doubled between 2017 and 2060, from 89 Gigatons to 167 Gigatons, with correspondingly increased levels of greenhouse gas emissions. (2)    Now the time has come to re-imagine and change the way we have been doing businesses, consumption and production from last two centuries only motivated by the concepts of more production, more consumption, and more and more profitability without considering the capacity of mother earth to support our irresponsible and mad behavior.

Can we imagine the future scene when the wild climate changes, increase in temperature, increased sea levels will not allow us to be alive and safe in our homes like we are now in the time of COVID-19 attack? As per the UN report, the current development model is not sustainable. (2)  The progress made in the last two decades is in danger of being reversed through worsening social inequalities and irreversible declines in the natural environment that sustains us.

The present model of development has delivered prosperity to hundreds of millions. But at the same time, it also has led to continuing poverty and other deprivations and unprecedented levels of inequality. It has brought the world very close to tipping points with the global climate system and biodiversity loss.

To change it, the scientists say the world must transform a number of key areas of human activities, including food, energy, consumption and production, and cities. These transformations will come through coordinated action by governments, businesses, communities, civil society, and individuals. Science has a vital role to play, a role that can be further strengthened by increasing investment in science for sustainability and in natural and social science institutions based in developing countries. (2)

The report emphasizes that achieving the Sustainable Development Goals fundamentally requires decoupling economic growth from environmental degradation. The extensive transformation will not be easy, a deep scientific understanding is needed to anticipate and mitigate the tensions and tradeoffs inherent in widespread structural change.

The strong political will and similar kind of tuff decisions that have already been taken by the world leaders to handle the COVID 19 attack are required to make the needed transformations. There will not be any one-size-fits-all solutions, and the interventions in developed countries will look very different from those in developing countries.  We need to create a bigger level of awareness in the world to mentally prepare ourselves to win future challenges. If we adopt the sustainable developmental model for the future we would also be able to mitigate the possible virus pandemic again by maintaining ecological and environmental balance.