IILM organizes a blood donation camp every year to support their campaign “Bring a life back to Power”.  I am pleased to share the blog written by Saikat Mazumdar (PGDM student from year 1) from the last camp held at the institute.

“A life may depend on a gesture from you, a bottle of Blood” – This was the motto of every member of the college, when a blood donation camp was organized in IILM Gurgaon campus.

The college took the initiative of donating blood to State Blood Transfusion Council.The team of the Rotary club arrived at college campus at 9:30 A.M. The posters for the blood donations were designed by Juhi Bajaj and Swati Gulia. The promotions in the campus was done by Manpreet Kaur, Syed Moin and Gaurav Singh Punetha.

The seniors from the Rotary Blood Bank team tested each candidate whether they were eligible to donate blood. Forms were filled up by the students of the college to collect various information of the donors required for blood donation. Yugam Verma took the initiative of checking whether the forms are being filled up correctly or not. Hemoglobin of the participants was tested. Abhishek Sarkar assisted in the test for hemoglobin.

A total of 30 units were collected in the camp which lasted up to 3:30 P.M.The blood donors were given a blood donation card, for which they can avail 1 unit of blood for the upcoming year. They were also provided with a coffee mug, biscuits, sandwiches and juice.

Jaap Chandok and Amritanshu Anand helped in post blood donation registration and documentation of the blood donation cards. The photography of the event was done by Saikat Mazumdar. There were various students from the college who were responsible for the success of the camp. This included Abhinav Gupta, Sameer Chaudhary, Vikas Lakra, Chirag Gupta, Abhinav Pal, Aruti Sapra and Anisha Bajaj. Overall coordination was done by Sukant Jain and Manpreet Kaur who took the responsibility of the whole program. 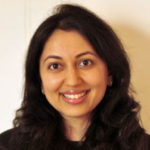