Final Round of Carpediem 2017 will be held on 28th and 29th Jan 2017 in KolKota where students from various colleges all over India will participate for the coveted  prize and glory.

Preparation starts much earlier for the event. 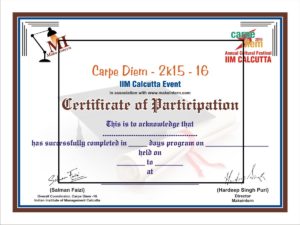 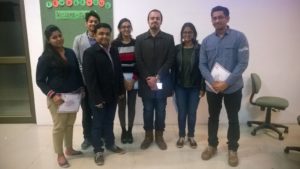 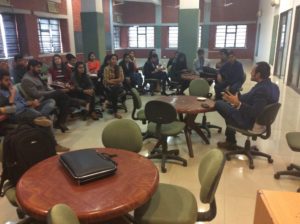 The Carpe-Diem workshop was conducted on the18th and 19th of February,2016 in the Gurgaon campus. This workshop covered two topics namely : Entrepreneurship and Digital Marketing.

The purpose of this workshop was to make students aware of what digital marketing is, and how along with entrepreneurship, one could move forward and start their own venture. Also at the end of two days, 5 students were awarded merit certificate and  selected to compete in a nation-wide competition in IIM-Calcutta in January 2017.

The two day workshop was conducted by Mr. Ujjwal Chugh. He is one of the best orators I’ve come across. The moment he started speaking, all students were pulled in, and were not even bored for a second in those two days.

Students were taught the basics of digital marketing and how entrepreneurship and digital marketing as a whole inter-twined and went hand in hand. They also learnt what is SEM and SEO, how to create a domain name and how to start own website if one wanted to. It was also demonstrated by running a live campaign.

31 students participated in the workshop, at the end of the two days, 5 students namely – Mahipal Jain, Vijaydeep Dhasmana, Surabhi Bhatia, Riya Garg and S.Swetha were selected to compete in the nation-wide competition to be held in Calcutta in 2017.