The Convocation of IILM for the Class of 2015 was held on 5th May 2015 at its Lodhi Road campus. His Excellency, Mr Nadir Patel, High Commissioner for Canada to India presided over the ceremony and awarded diplomas and Certificates of Merit to the students. 80 students completed their post graduate studies at IILM this year.

IILM Director Dr. Smitha Girija welcomed the Chief Guest, His Excellency, Mr Nadir Patel. Mr. Nadir Patel served as Director of ministerial services, Agency adviser to the minister and secretary to the Board of Management from 1997 to 2003. In 2003, he moved to the Privy Council Office, serving as Chief of staff to the national security advisor, Associate secretary to the Cabinet, and deputy minister to the deputy PM. From 2005 to 2006, he served as senior policy adviser to the Privy Council and secretary to the Cabinet. In 2006, he was appointed as Canada’s chief air negotiator. Mr. Patel served as consul general in Shanghai from 2009 to 2011. Before moving to New Delhi, Mr Patel served as assistant deputy minister for corporate planning, finance and information technology, and as chief financial officer at Foreign Affairs, Trade and Development Canada.

Highlighting some of the achievements of IILM, Dr. Girija shared with the distinguished audience that IILM is a signatory of the UN Global Compact Initiative, PRME, since 2009. In September last year IILM was selected as a PRME champion business school. Only 30 B-schools from all over the world have been given this honor and IILM is the only one from India and Asia.

IILM was also selected in the 10 member advisory group to the PRME secretariat. With the support of UN Global Compact and PRME, IILM is actively involved in promoting the proposed Sustainable Development Goals of the United Nations. She further added that IILM was accorded the prestigious SAQS Accreditation by AMDISA in April 2013. Only 15 other business schools in India have received this accreditation. She also highlighted that IILM has now initiated the process of accreditation for AACSB which is the premier accreditation agency for B Schools globally.

IILM offers a wide range of Executive Education Programmes on various platforms and has completed 10 years of Training programmes for IAS and IPS officers. Almost one tenth of the IAS officers in Government of India have attended Training Programmes of IILM.

IILM has very recently signed a MoU with Indian Institute of Corporate Affairs. IILM and Indian Institute for Corporate Affairs will jointly conduct programmes for Government officers and executives of PSUs and corporates. She also added that IILM has also signed a MoU with National Skill Development Corporation. The objective of this partnership is to introduce Skill Based Training  in various Colleges and Institutes of IILM to improve the employability skills of the students.

IILM’s Senior Director, Professor Rakesh Chaudhry was part of the delegation accompanying Hon’ble Prime Minister Mr Narendra  Modi on his visit  to Canada last month. During this Visit, IILM signed an MoU with the Fanshawe College, London, Ontario for Skill building and training in area of Information Technology. IILM is also finalizing Articulation Agreements with reputed Canadian universities and Colleges. These will enable IILM undergraduate students to study for first two years at IILM and final two years in Canadian Colleges and Universities for their Bachelor’s degree.

His Excellency, Mr Nadir Patel congratulated the passing out students on completion of their studies. In his address, he impressed on the students that as they enter a new phase of life, they should never forget the importance of education. He advised the students to remain grounded to their values and ethics as they move upwards on the ladder of success. In the end he also motivated the students to enjoy their jobs and never feel afraid of experimenting with their careers. His address was concluded with his blessings to the students.
Ms. Aarti Rai, President, IILM Institute for Higher Education, presented Dr. Kulwant Rai Gold and Silver medals to the meritorious students as well as to the overall performers. 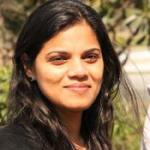