As we sit here and watch with astonishment the invisible hand of nature turning our lives upside down and outside in, a latent existential crisis seems to be surfacing. While in this zone, a presentation by two of my students in positive psychology class triggered a chain of thought that implored expression.  So, here I am cogitating the very idea of Happiness.

As a Psychological construct happiness  is treated in three key ways: happiness as a global assessment of Life and it’s facets; Happiness as a recollection of past emotional experiences and happiness as an aggregation of multiple emotional reactions across time. Thus, in general happiness entails satisfaction from one’s life, good mood, positive emotions and feeling enjoyment. 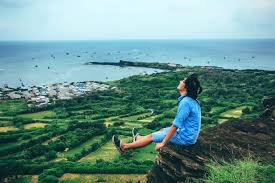 The glamour and allure associated with this human state is reflected in the Culture- expressed in art, cinema and literature; and institutions – Pursuit of Happiness is a key aspect of American constitution and now an officially accepted parameter of a nation’s vitality (UNO’s happiness index). Consequently, this chase for happiness puts happiness at a pedestal where it is eternally sought but seldom achieved.

A line of research demonstrates that more people value happiness or put it on pedestal more likely they are to experience lesser satisfaction from life. A very high value given to happiness is also associated with lower well being and even symptoms of depression. The explanation lies in the fact that constant pitting of life situation against these surreal goals leaves one dissatisfied, wanting and feeling inadequate. In the famous Madmen series, the protagonist quips – “What is happiness? It’s a moment before you need more happiness”. Doesn’t it somehow capture the flimsiness of the notion of happiness; the more we seek happiness the more it alludes us.

A comprehensive research done in 2011 suggests that there are positive outcomes of happiness but these do have limitations of intensity, context and form. Intense happiness experienced, ceases to have positive outcomes and can be potentially detrimental as it increases the propensity for riskier behaviors. Tasks involving confrontation as against collaboration have been found to be facilitated by angrier emotional states than happier emotional states. Also, positive emotional states draw upon easily accessible cognition, belief and stereotypes where as negative emotional states lead to more reflective and systematic processing of information. In terms of form, the more spontaneous and “go with the flow” form of happiness leads to more desirable outcomes as against happiness modulated by increased attempt to control the positive emotions through heightened self-monitoring or self-centricity.

Intuitively, there are things that make us truly happy but  questions worth pondering -is that feeling perennial? felt to the same degree with the same intensity perpetually? If the answer is no, let’s rethink.

Have we ever wondered why nature endowed us with multiplicity of feelings and thoughts, probably the nature wanted it so as this ability enabled us to ensure survival and propagate species. Maybe the experience of happiness is overrated.  May be its time we reflect on our very personal notions of happiness, assess our very individual struggles in the pursuit of happiness and more importantly accept and embrace the rainbow of emotions we are pre-wired to experience.