The Indian Society for Training and Development, on the momentous occasion of its 3rd foundation day hosted a conference on the 28th of October with the theme of the event being ‘People, Technology, Innovation – The Key drivers for make in India’

With an open to all invitation, the conference aimed at attracting reputed B-Schools and their enthusiastic students to present their own Take on the Make in India initiative launched with pomp and fashion by our P.M. Narendra Modi on the 25th of September 2014.

With many a B-School involved, Including the Hosts as well as universities like Ansal University, two groups from IILM Gurgaon also prepared to take centre stage to compete against the other institutions.

With the participant’s list counting six teams, the stage was primed for presentation amidst a stellar judges panel along with the presence of distinguished guests like Mr. Debashish Sarkar,CGM, SBI and Dr. R Karthikeyan, National President ISTD being the Chief Guest and Guest of honour respectively. The event kicked off with much enthusiasm.

The main idea was to assess the Make in India initiative in all its holistic glory through its genesis, impacts, future success and various other parameters.

The teams from Ansal and ISTD Gurgaon chapter certainly proved themselves to be worthy competitors by shedding light on the initiative from different angles which were very enlightening.

Two groups from IILM Gurgaon consisting of Sudhanshu Mewati, Sagnik Das (Group 1) and Rahul Chitrakar, Bharti Goel (Group2) set the stage ablaze with renewed zeal and enthusiasm shedding more light on the Micro-economic and Macro-economic impact of the initiative that is burgeoning the country to greater heights. Shedding light on not only the global but the domestic (Immediate) impact of the initiative gave one Team of IILM,Gurgaon(Bharti Goel/Rahul Chitrakar) the competitive edge, which was appreciated by the judges as a refreshing touch which substantiated all the facts we so eloquently put across; which was validated by the fact that IILM Gurgaon Bagged first prize for its presentation of what Make in India Holistically stood for and represented.

The Competition/Conference in its entirety was an extremely fruitful affair for students  because it was such an enriching experience to have had an opportunity to present amidst so many able competitors and a stellar panel of judges. This level of exposure and experience is priceless. and students also feel honoured to have been given a chance to represent the College at such a platform. 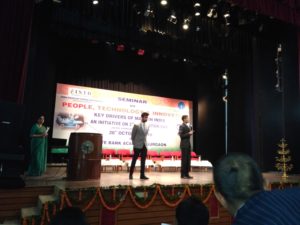 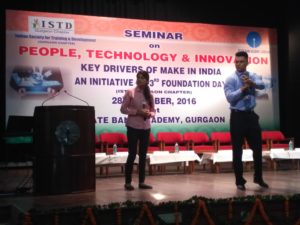 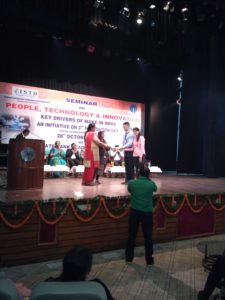