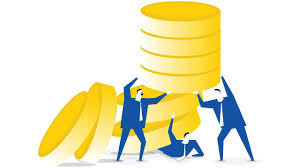 Profitability and NPA are the two extremes that need to be balanced for banks. Since a long Indian banking sector is on a continuous fight to draw a balance between them. Recently the Central Bank decided to take control over NPAs with a huge capital infusion into the banking sector. But the outbreak of COVID-19 derailed all efforts and the problems of NPAs have been resurfaced and touched the new height which seems to be very difficult for the Indian economy to stand with.

Stress in the Banking Sector

The Indian banking sector is reeling under stress for a long time. Indian banks have been tested over the past few years after the RBI forced them to review their assets under strict criteria that eventually resulted a surge in bad loans. To add their woes, borrowings have also slowed due to lockdown. These stresses are more apparent in state-run banks than in the private sector.

According to a few economists, the primary cause of this situation that has slammed all banks are the fall of IL&FS in October 2018 and the ongoing pandemic. India is expected to fall into a recession this fiscal year due to COVID, which has affected over 2.6 million people and caused 70000+ death in the country. It is the most discussed and worrisome topic in the Indian economical circle that there are chances of getting caught in the recession since 1979.

According to RBI, the ratio of non-performing assets total advances could soar to over 12.5% by March 2021 from 8.5% as of end-March this year, prompting the country’s central bank to push banks to raise capital, which now totals over 1 trillion rupees ($13.4billion). Additionally, the Financial Stability Report (FSR), noted the NPA ratio could jump as a high level as 14.7% in the event of severe stress.

Fundraising a Way out

RBI Governor advised all banks to improve their governance and sharpen risk management skills. Banks need to raise capital on an anticipatory basis instead of waiting for an adverse situation. It is necessary for both public and private sector banks to build up adequate capital buffers.

As a result, financial institutions are on a fundraising spree via debt instruments and equity offerings. The latest bank to join the fundraising spree is Axis bank which on said had raised 100 billion rupees by issuing shares to Qualified Institutional Buyers for INR 420.10. Other financial institutions, mortgage lenders, HDFC also closed a deal to raise INR 140 billion via various instruments. At the same time, the largest private bank of India, ICICI bank also wishes to raise INR 150 billion. Later State Bank of India, India’s largest lender also joined the league and announced to raise INR 250 billion to maintain its capital requirement. Not only banks but similar signals are also been sensed from Non-Banking Financial Companies which might have to raise money. In total, it is approximately $13 billion could raise to tackle the NPA challenge.

At present, Indian banks are in dyeing need for reforms. The Bank exposure to stressed sectors, loan-loss cover, and pre-provision earnings determine the urgency of their capital requirements, which is more pronounced for state banks. Recently 5 members committee has been formed by RBI under the Chairmanship of former CEO of ICICI bank, Mr. KV Kamath. This committee makes recommendations on the required parameters to be factored into the resolution plans. A resolution to the problem of the corporate debtor insolvency and its consequent inability to pay off debts. The committee will submit its recommendation to the RBI. The central bank will then notify the same along with modification including the restructuring of loans if any in 30 days.

Over the last five years until March 2020, India had pumped around 3 trillion rupees into banks to remain capital requirements. In the future, we may expect more infusion of cash from the government eventually to support the banks and consequently to save the economy.