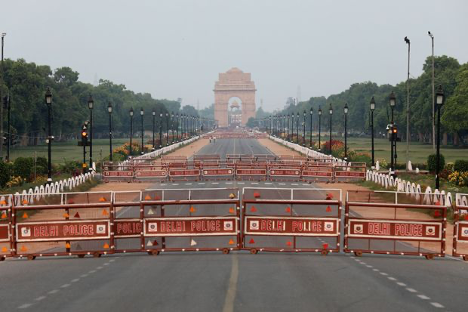 The debate on the role of government in an era of automation, internet, globalization and climate change has been going on for long. Historically, the government’s chief duty has been to provide security and public services to its citizens while levying taxes and collecting revenues in return. Discussions have been galore on whether governments will be largely redundant in an interlinked world where technology and supra national authorities will become the major players. Paradoxically with the immense growth in technological progress, the regulatory role of the government has come into focus as well as the view that the government should act as a facilitator of advancement.  The Antitrust cases against Google, Facebook, Apple and Amazon bring to light this tension between the government as a defender of privacy and rights of its citizens while the claim of these companies is that they have ‘spurred innovations’. With the onset of the corona virus pandemic, the lens through which governmental action can be examined has been further widened.

Covid 19 has resoundingly brought out the importance of health and economic policies to the forefront which have comprehensively demonstrated the importance of government and its public policy. The classic definition of public policy by Thomas Dye aptly fits the current thought process- ‘public policy is whatever governments choose to do or not to do.’ Sweden is an interesting case where the government chose what ‘not to do’ by adopting a comparatively lax approach to enforcing social distancing by legal measures instead it relied on societal norms. Governments may regulate behaviour, organize bureaucracies, distribute benefits or extract taxes- or all of these things at once. The government through its monetary and fiscal policies is often seen stimulating a depressed economy like doling out stimulus packages in India, EU and USA, curbing inflation which may otherwise make food unaffordable to the common wo-man (Refer to the RBI governor’s recent statements which point to this policy goal[1]), giving assistance to those who are unemployed (case of MNREGA) or opening markets for growth and jobs (such as Indian agricultural sector reforms).

Governments are expected to impose lockdowns to curb the spread of an epidemic but also ease into ‘un-lockdown’ when economies start going into recession.  For example, the pandemic response by the New Zealand Prime Minister Jacinda Ardern’s government which has been universally praised for its preventive actions and levels of preparedness. Thus, policy-making is an intricate process, shaped and prompted by multitude of factors, actors and their interests. The defining characteristic of this process though is ‘complexity’.

This complex process of public policy making involves primarily the government along with the multitude of government bodies, organizations, lobbies, businesses, contractors and ordinary citizens. It crisscrosses almost every aspect of modern day life- banking and financial transactions, education and healthcare, transportation and infrastructure, trade and foreign policy, social and humanitarian policy, environmental and regulatory policy. One of the immediate and decisive responses of governments in Germany, France, Denmark and Sweden to the covid crisis, for example, has been in providing a direct wage supplement to employers just like wage subsidies on the condition that they not lay off workers Government policies have become absolutely crucial to curbing and coping up with the pandemic but also in solving the ongoing abyss that economies currently find themselves in. In response to the call by businesses and industry leaders for more government action, sweeping interventions and well targeted relief measures, German Chancellor Angela Merkel and French President Emmanuel Macron have proposed a €500 later €750 billion European Fiscal Response, on top of what countries already planned to do nationally.

Recognizing this growing relevance of public policy, IILM offers a variety of public policy courses as part of its post graduate programs. These courses recognize the complexity of today’s world and the ramifications of public policy on businesses, economy and society. Students can choose from various electives in public policy like political economy, international trade policy, international institutions, foreign policy, environmental policy among others along with lectures and interactions with experts on various facets of public policy making in India. The role of government institutions, stimulus packages, sectoral reforms and defense upgradation cannot be overemphasized in overcoming the challenges that we face today. Governmental policies will largely determine the course ahead in terms of recovery from the pandemic and re-energizing the economy and people.

To know more about public policy response to the COVID 19 pandemic and public policy courses at IILM, please write to me at Bidisha.banerji@iilm.edu 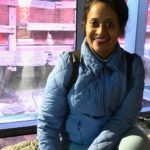 Dr. Bidisha Banerji has her doctoral degree and MPhil in Public Policy and Public Admisnitration from the George Washington University, Washington DC. She has a Masters and Bachelors in Economics from Delhi University. She is the PRME Convener for the India chapter on behalf of IILM.