Human capital is the collective resource possessed by the citizens and individuals in a country and can be measured over decades to actually gauge the development of a country; human resources play a most significant role in developing a sustainable competitive advantage and efficiency for an organization, society and the country. The collective human capital resources include the talent, skills, knowledge, education abilities, experiences, intelligence, judgment…and this forms the collective intellectual wealth in the country towards achievement of long term goals.

The concept of human capital is rooted in the economic literature (Becker, 1996). He also highlighted that human beings will always be associated with their skill, health, and values, thereby defining human capital; while they can be separated from their assets and properties. It is as important as infrastructure for economic development. Human capital complements physical capital (viz the infrastructure) in the production process and is an important input to technological innovation and long-run growth. Human capital is created through development of skilled, trained and efficient work-force by providing education, health care facilities; skilled people can create new ideas & so expenditure on education, health, on on-job-training are key instruments of capital formation. Human capital is what people accumulate over their lives, enabling them to achieve their potential as contributory members of the society.

The Scottish economist Adam Smith commented, “The acquisition of talents during education, study or apprenticeship, costs a real expense, which is capital in a person. Those talents are part of his fortune and likewise that of society.” Human capital adds up to large benefits for the economy of the country, the region and global development— some countries become more prosperous as more human capital accumulates.

Economists, like Harbison, Schultz, Kuznets, Kendrick and Denison all emphasized that a key aspect for the progressive growth of developed countries and America is their increasing spends on education, social health and reskilling resulting significant improvement in the level of human capital formation. On the contrary a major reason the underdeveloped countries suffer from lower economic growth, is the lack of focus and investments in human capital.

As per Prof. Galbraith observed, “The larger part of our industrial growth comes not from more capital investment but from investment in men and improvements brought about by improved men.”

As per the World bank report, 2018, more than 260 million children and youth in poorer countries are receiving no education at all. World Bank Group President Jim Yong Kim highlighted in Foreign Affairs, “The world today faces a – human capital gap.” The Human Capital Project launched by the World Bank is a global effort to accelerate investments in people for greater equity and economic growth.

A report from the Economic times highlighted that the 15th Finance Commission, the HRD ministry has pitched for a Rs 36,000-crore higher education plan, towards the imperative of an employable workforce to be developed over the next decade . The ministry emphasized a ‘4E growth mantra’— educate, energize, employ and empower .The team also underlined the need to boost higher education with a focus on

Human Capital is an imperative and Economic growth is impacted positively in the long run as human capital develops, and indicators which are directly visible are good health, increased urban income generation and reduction in crime and social unrest (Carmeli & Schaubroeck, 2005). 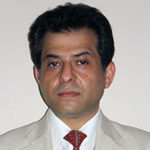