This article is a small effort to help one understand the science and art of negotiation and manage the negotiation processes. It suggests few insights of the same.

Negotiation is all about trading or in simpler terms, it is nothing but a type of deal one does while carrying out businesses. It is distinctive from other forms of decision-making. “In negotiation there is an explicit trade: I get some of what I want and you get some of what you want” (Kennedy 1994: 3). There is no negotiation in voids since negotiations conclude in decision-making. We must however seek to resolve matters by various means, including submission of others.

One exhibits traits, which makes us understand the personality. These traits incline a person to respond in certain ways. If one’s personality is stable enough then it could produce predictable responses to different negotiating situations during the dealings one carries out with different personalities. In turn it helps one to secure better negotiated outcomes.

According to the research by Rubin and Brown, two variables were identified to determine personality styles influencing negotiation skills. The two variables are: Interpersonal Orientation (IO), also known as social ability and social awareness. If one is high on IO then one is responsive to one’s relationship with the other negotiator and low IO leads to non-responsiveness. The other is, Motivational Orientation (MO), means one’s nature is competitive or co-operative. These variables thus give rise to Aggressive and Submissive personality styles.

There is always a likelihood of coming across difficult negotiators in different walks of our life. They may or may not agree with us and may seem less than enthusiastic. Because of certain behavioral traits, they could be labeled as mean, aggressive and lacking in manners.

So the question is how one should deal with such complicated negotiators? One may want to negotiate but the other person may not want to! Their version of a solution implies that either one gives in and provide them what they demand or end it there.

What we need to understand is that their mindset regarding negotiation is different. They adopt such aggressive behavior(s) while negotiating, possibly because in the past they got what they demanded and they confuse aggression with toughness, which in actuality is different.

Need of the hour then is, to sever the connection of the other negotiator’s stances of intimidation and winning. For that one needs to grab the attention, choose the same style of negotiation or a contrasting style and assert unambiguously that the other negotiator will not resort to coercion or bullying but will deal either through merit of the case or through trading.

At-times matching style could be risky as it can easily get lost amidst the haze of threats and insults. The main purpose of it is to create an impression that one does not possesses a submissive personality style and it also leaves open an alternative settlement route. Contrasting style could also be risky since being possibly read by the difficult negotiators as one being submissive.

One can adopt the following during negotiations:

Adoption of the above effectively renders an assertive message of; one’s toughness during negotiations, that is based on the rationale; that unless one acquires something, the other will obtain absolutely nothing.

It can be well concluded that negotiations are a fundamental element in our social lives. One knowingly or unknowingly, always negotiates for resources and attention. Recent studies have brought out that Negotiation is both an art and science. Cognitive biases (leading to deviation from judgmental rationales), personality and behavioral styles, affect negotiations. Thus a little psychology backed science added with conversational arts can deliver success during difficult negotiations.

“Everything is negotiable. Whether or not the negotiation is easy is another thing.” Carrie Fisher 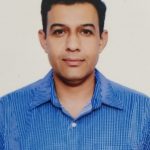 AMITABH MUKERJI- A Defence Officer who is also pursuing Masters in Psychology from IILM University..
Apart from being a Science Graduate, he has certifications and diplomas in Defence Management (Strategic Studies) and Cyber Law and is a qualified Assessor for selecting candidates for Defence Services.
Tweet

Dr. Megha Pushkarna (Ph.D Psychology) is a Psychologist for the past 10 years specializes in Counseling issues related to mental well-being. She has been actively involved in Psychometric testing for children, adolescents and adults. She uses counseling using rational emotive therapy (RET) and cognitive behavior therapy (CBT) for overcoming mental distress as well as guidance for preventive and promotive health care.

For the effectiveness of successful learning of the students, a faculty needs to ensure that the student feel accepted, motivated , & continuously guided & supported by their teachers & classmates. In a class room you will always find a very diverse group coming from various cultural backgrounds with high disparity in END_OF_DOCUMENT_TOKEN_TO_BE_REPLACED

The Finance Industry features a huge role to play when it involves making business purposeful. This sector currently faces multiple challenges, but the two most prominent ones are information asymmetry and financial illiteracy. The cutthroat competition within the industry has led to several institutions flouting norms. Wells Fargo may be a case in point wherein END_OF_DOCUMENT_TOKEN_TO_BE_REPLACED 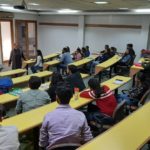