On November 05, 2021 the Ministry of Law and Justice issued a circular placing the Draft Mediation Bill, 2021 dated October 29, 2021 in public domain, inviting comments and suggestions from all stakeholders.

The Bill aims to facilitate and promote mediation in India, particularly institutional mediation for the resolution of disputes, encourage community mediation, and make online mediation an acceptable and cost-effective process. It proposes to bring about a standalone law on mediation and contemplates the international practice of using the terms ‘conciliation’ and ‘mediation’ interchangeably as India is a signatory to the Singapore Convention on Mediation. This blog aims to provide a brief analysis of the Bill, highlighting some of its significant provisions and the gaps that exist in the legislation which require further deliberation.

Mediation is a form of alternative dispute resolution (ADR), where parties attempt to settle their dispute (outside courts) with the assistance of an independent third person (mediator).  The Bill seeks to promote mediation (including online mediation), and provide for enforcement of settlement agreements resulting from mediation.  The Bill will apply to mediation proceedings conducted in India where: (i) all parties reside in, are incorporated in, or have their place of business in India, (ii) the mediation agreement states that mediation will be as per this Bill, or (iii) there is an international mediation (i.e., mediation related to a commercial dispute where at least one party is a foreign government, a foreign national/resident, or an entity with its place of business outside India).  In these cases, if the central or state government is a party, the Bill will only apply to: (a) commercial disputes, and (b) other disputes as notified by such government. Some key features of the Bill include:

Mediators: Mediators only assist the parties to settle their dispute, and cannot impose a settlement on the them.  Mediators may be appointed by: (i) the parties by agreement, or (ii) a mediation service provider (an institution administering mediation).  Mediators must disclose any conflict of interest that may raise doubts on their independence.  Parties may then choose to replace the mediator.

Mediation Council of India: The central government will establish the Mediation Council of India.  The Council will consist of a chairperson, two full-time members (with experience in mediation or ADR), three ex-officio members (including Secretaries in the Ministries of Law and Justice and Finance), and one part-time member (from an industry body).  Functions of the Council include: (i) registration of mediators, and (ii) recognising mediation service providers and mediation institutes (providing training, education and certification of mediators).

Mediated settlement agreement: Agreements resulting from mediation must be in writing, signed by the parties and authenticated by the mediator.  Such agreements will be final, binding, and enforceable in the same manner as court judgments (except agreements arrived at after community mediation).  Mediated settlement agreements (besides those arrived at in court referred mediation or by Lok Adalat or Permanent Lok Adalat) may be challenged only on grounds of: (i) fraud, (ii) corruption, (iii) impersonation, or (iv) relating to disputes not fit for mediation.

Community mediation: Community mediation may be attempted to resolve disputes likely to affect the peace and harmony amongst residents of a locality.  It will be conducted by a panel of three mediators (may include persons of standing in the community, and representatives of RWAs).

The Bill places international mediation in the part dealing with domestic mediation being conducted in India, which will result in these settlements losing the benefit of the Singapore Convention for enforcement of commercial mediation settlements across the world. Hence, the parties in such cases would prefer to mediate their disputes out of India, and our hopes to build a robust capacity to handle such disputes will come to naught. In conclusion, mediation, being the cheapest and simplest option available to the public at large, can be described as a tool of social justice. A separate legislation for mediation and rules will indubitably address most concerns around the mediation process and pave the way for making mediation the first-stop dispute resolution method for domestic and cross-border disputes. In addition to the reforms discussed above, a great deal of shift in mindset of stakeholders, awareness about the process, and redefining our approach to mediation is essential for growth and sustainability of the mediation practice in India. 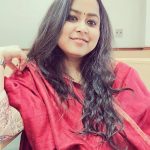 Aratrika Deb is an Assistant Professor in IILM Law School, Gurgaon. She comes with an enriching teaching experience of over three years. Her primary areas of interest are corporate and commercial laws. She is currently pursuing her PhD on “Resolution of Commercial Disputes in India: A critical examination of the Commercial Courts Act, 2015” from School of Law, University of Petroleum and Energy Studies Dehradun.