The Department of International studies along with the Schools of Humanities and Social Sciences, Law, and Management organized the IILM Model United Nations Youth Conference from 25th – 30th Aug 2020. Students were required to conduct research and analysis representing the government of a country on matters of Foreign Policy, Sustainability, and Climate Change. Attending a simulation of this magnitude, made our students gain valuable insight into the proceedings of the United Nations and understand global perspectives to solve exigent global issues, thus nurture future change-makers and leaders.

The MUN was divided into two projects(UNEP & UNDP) respectively.

In the times when the concept of sustainable development has gained so much weight-age with the depletion of resources the MUN was an en-devour by the young voices to understand the importance of a future that they so strongly behold.

The entire event was covered by the International Press which comprised of students from the course of Bachelors in Media and Journalism:  Mahek Amlani and Anoushka Chopra,Amrita kaur,Kamakhshi Narain
Kaushal Nassa,Siddhant Sharma,Sidhak Kalra. (The Link to the Newsletter Compilation IILMUN’20) 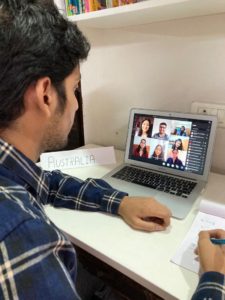 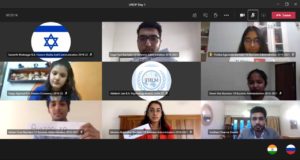 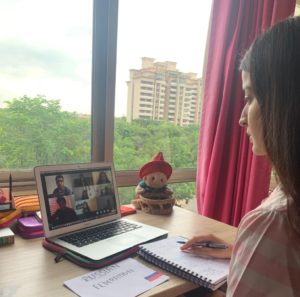 Innovation has become key buzzword for the economy around the world. There are reasons for that.  The recent research shows that a major part of the rise of productivity in developed economies comes through innovation. Innovation in technology and management practices has raised productivity all across industries. This has increased the size of GDP and also per capita income. The good part Innovation led growth is that it requires improvement in quality of education and health and also human rights and democracy. They all contribute to this factor.

The role of  innovation in economy was recognized by famous economist Schumpeter, calling it necessary condition for economic growth through the process of ‘creative destruction” where new firms come up and old firms die out and in the process the overall economy and society get benefitted.

Economic growth depends on two ways in modern economy.  The one way is to increase inputs as land, capital and labour and the output increases. The accumulation of capital leads to the increase in output .But there is limit to this economic growth.  A low per capita income economy can rise to middle level economy. After that if the country does not start focusing on the research and innovation, the economic growth stagnates. The middle income trap sets in.

There is another way to increase the output by improving the productivity through improvement in technology and management of existing resources. It is also about finding cheaper alternative which increases productivity and lowers cost. Over the last few decades, the economic growth in developed economies has been spurred by that innovation. The computer, IT, telecom, Internet, Bio-tech revolutions have done stellar role in that.  New materials which are used in cars, airplanes, glass buildings, mobile phones and other gadgets make products better, cheaper and more effective. Innovations in medical equipment and diagnostic will make more effective .

Some of the innovations have done wonders to Indian economy. The best one is High Yield Variety  seeds which led to increase in production of food grains in India ,making it self sufficient in that. The productivity per hectare also increased, farm incomes in Punjab, Haryana and western UP also increased. Overall economic condition improved.

But to make innovation happen, one needs an eco system. The eco system includes Universities, R&D laboratories, interdisciplinary research, private companies spending on research and also sponsoring research in universities, culture of experimentation, investment in education, the facility of incubators, accelerators for start ups, the  private equity  firms and venture capitalists and Angel investors, robust  Intellectual property  and patent laws,  a start- up culture where student are encouraged to come up with new ideas and allowed to set up companies.

It is a tall order but a few shoots of this Innovation culture is springing up in India lately. Companies like Flipkart, Paytm, Snapdeal and Ola ,musigma, Inmobi, and many others have tried to become successful in recent days. There are thousands of small companies which are trying very hard.

The other part of startup eco system is focus on high growth small companies. The higher growth comes from scaling up and going beyond their home market.

India needs innovation because we are capital scarce country with huge population and high level of inequality.   The quality of innovations will determine the growth in economy and the quality of life in India.  How do we create schools where fees are very low but quality of teaching very high? How do we create hospitals where quality of health care is very high but charges very affordable? Two sectors have done this kind of innovation; one is telecom service providers and second is Delhi Metro- they provide best class services at cheapest cost possible while making reasonable amount of profit. Ola and Uber have shown how innovations can make public transport smooth, standardized and profitable for everyone.

Society which will try to solve global problems through innovation will become richer and better.  That’s why governments across the world are scrambling to get on board of this bandwagon of innovation, but it requires whole range of co-ordinated and yet independent institutions and also culture of tinkering and experimentation.  This is really hard to achieve.