IILM University believes in and nurture all round development of its students to prepare them for all the challenges of life with a smile on face and positive spirit in their heart. On one side if it leaves no stone unturned in maintaining highest level of rigor in academic activities than on the other hand give exposure to students to develop and showcase their talent and skills through various co-curricular activities organized under clubs at IILM.

In the pursuit of academic success, students sometimes need a break from the classroom and an opportunity to release pent-up energy. Athletics and sports not only have great physical benefits, but also help one to improve mentally and emotionally. When students are physically fit, they will achieve more academically too. Sport develops a sense of friendliness among the students and develop their team spirit Participation in organized sports offers the chance for youth to enhance their physical and social skills. Sports offer children a change from the monotony of their daily life. It is also a useful means of entertainment and much required physical activity for them.

Keeping in mind all these benefits, the sports club of IILM University organizes various activities for all the students to offer an escape from the walls of classrooms and working on gadgets. The recent addition to those activities was Tug of War, to teach them competition as well as teamwork and of course to have lots of fun.

It is always good to ignite a child in you and what better than tug of war on children’s day i.e.  14th November, 2018. To commemorate Children’s day Sports Club and NGO Club organized 2 events simultaneously. Post exams of Term 1 students also feeling stressed out and looking for a break in routine, so the sports club organized for both undergraduate and postgraduate students ‘Tug Of War’ that seems to be the most appropriate to pump them up. And it also made the children’s day really exciting and special. We invited the underprivileged children’s living nearby, who are the part of IILM University, NGO Club and it was really rewarding to see the smiles on their faces when they participate in various fun activities including musical chair and few performances from them.

All the boys and girls from Post graduate and Undergraduate showed their strength and vigor. IILM University always believes in gender equality and empowering women in all possible ways, so teams had equal number of boys and girls and their strength and enthusiasm was also matched. There were total eight teams who fought with each other. ‘Pull House’ from PG 2nd year and the ‘Flyers’ from PG 1st year played the final match. The sense of representation was high as everyone wanted their batch to win and everybody was willing to give their all to make that happen. Audience were their throughout cheering and boosting the morale of the team battling it out at the field. The music and the witty commentary set the mood at the field.  ‘Pull House’ ultimately stood victorious but not without facing some serious challenger from PG 1st year and the undergraduates. And the winning team and the runner up team received a prize which matches the heart and effort that they had put into competing.

Thereafter children from nearby villages took part in some fun activities and received some gifts arranged by NGO Club.

The event was immensely enjoyed by the audience. Everyone departed with smile on their face biding good bye to the day full of energy and memories to be cherished.

The requests for another such event were already coming in. Sports club will surely organize many such events in the future. 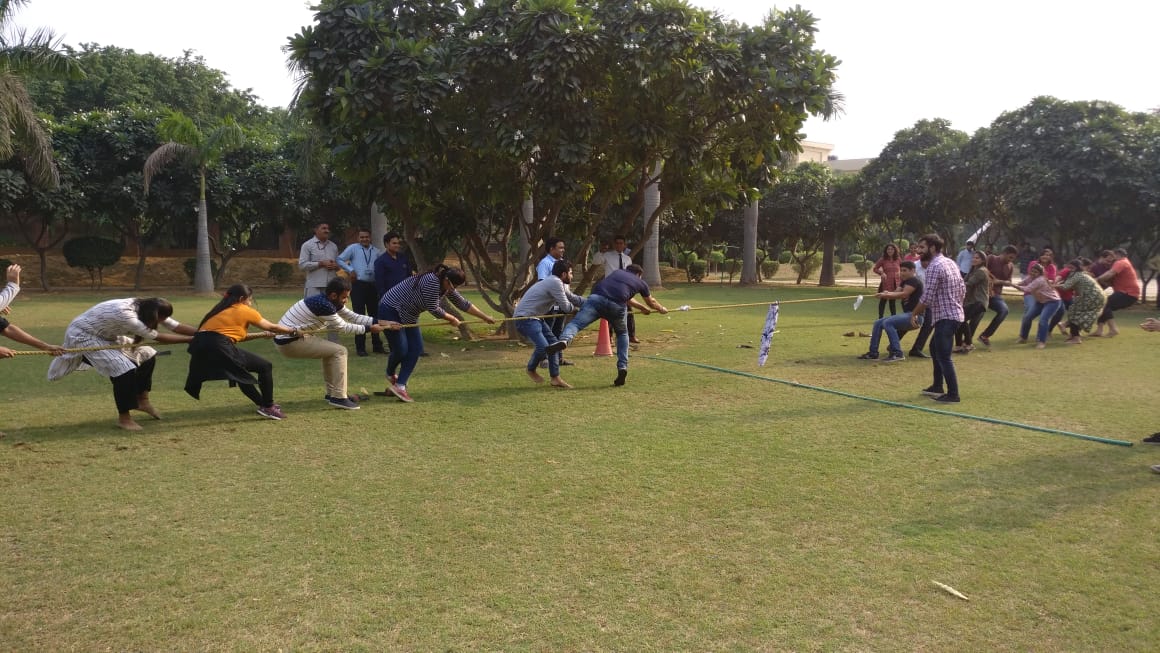 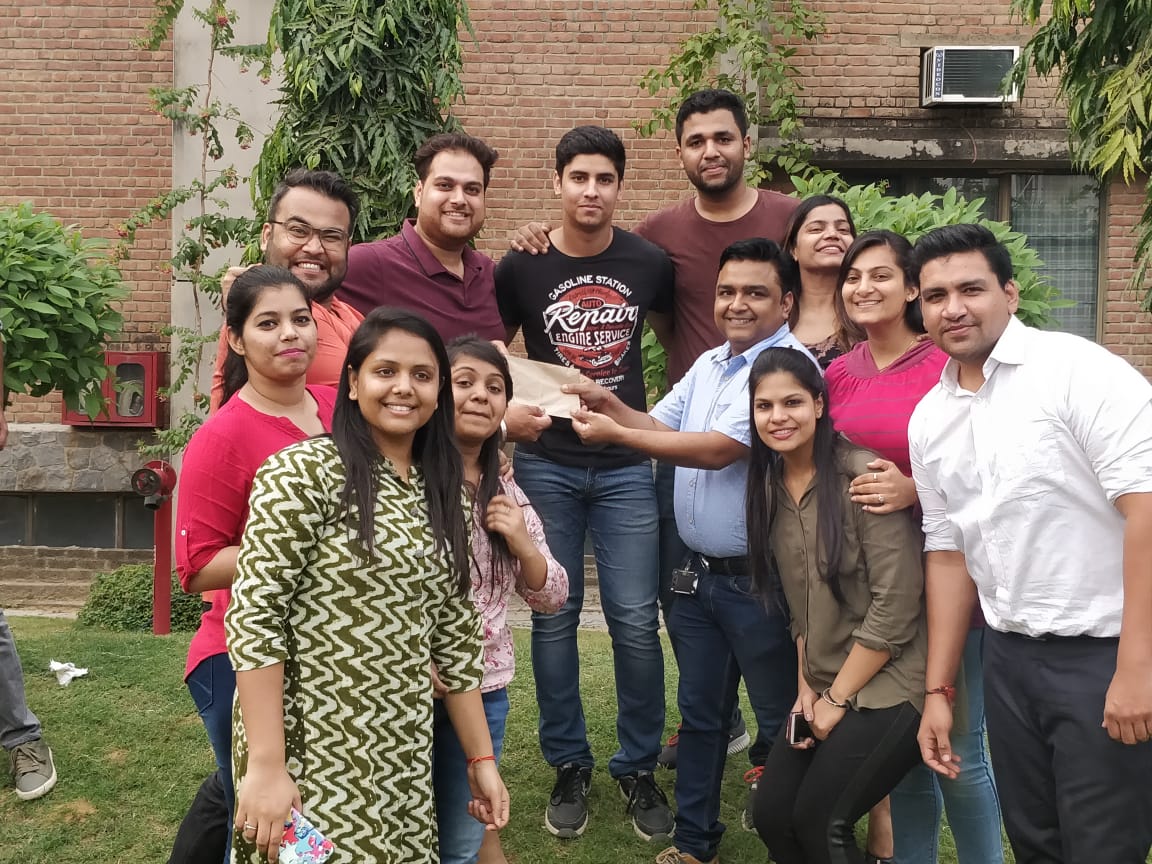 IILM – Lodhi Road Campus organized The Young Entrepreneur Ideation Challenge on 22nd Dec 2017, which has been designed as an experiential learning exercise that encouragessenior secondary school students to find innovative solutions to common everyday problems. The aim is to spark an entrepreneurial mindset amongst these students. 20 presentations were received from various schools, out of which 5 videos were shortlisted and presented.

The students had to identify a social issue, capture the issue along with an innovative solution in a video and present their idea in front of experts.

The opening session was introduced by Dr Gunjan A Rana for the various schools who had come for the participation on campus, along with the distinguished judges comprising of alumni, which was preceded by the Welcome Speech by Dr Daisy Mathur Jain Dean UBS.

The first presentation was from Indraprastha International School Dwarka, who presented a video on the social issue of bullying and impact of it on students.

The second video was presented by Laxman Public School, who spoke about the lack of empathy and lack of emotional awareness amongst the inmates of old age homes. The students spoke about how care and emotional sensitivity is needed to bond amongst the elders in our society.

The third video was on Swach Bharat Abhiyan from Indraprastha International School, Dwarka, they spoke about the life of tin cans and the awareness on using it as a recycled waste.

The fourth presentation was from Pathways Aravali School, they presented a video on “Effective Disposal of Sanitary Napkins” and the concept of hygiene amongst women, with an effective disposal system.

The fifth presentation was from Bal Bharati Public School, Dwarkawho spoke about stress and depression amongst students. They created an application to track the messages posted on social media to trace the mind of the student and mentor the student in case facing the problem of stress or depression.

The final presentation was from Modern School, Vasant Vihar where they gave a presentation on the theme of Swach Bharat Abhyan by picking on the theme “Nurture Nature”, which spoke about trees being cut and human encroachment. They used the video to emphasize on “Save me don’t nail me campaign”.

The presentations were very well received by the judges and audience who thoroughly appreciated the social innovative ideas put forward by the school students.

The trophies were distributed along with the prize money to the winners and participation certificates were presented to all participants in IILM’s Young Entrepreneur Ideation Challenge 2017.