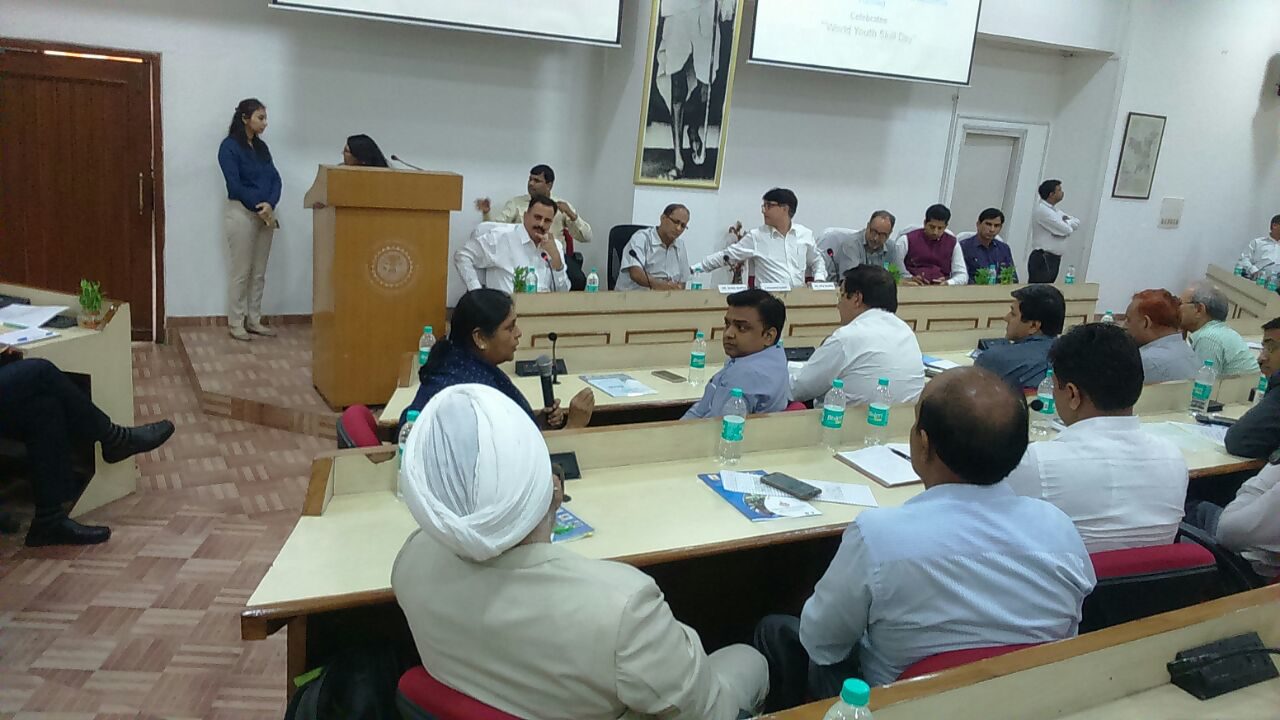 The Haryana Vishwakarma Skill University has been enacted by the legislature of the state of Haryana with an objective to establish a Skill University in order to facilitate and promote skill, entrepreneurship development, skill based education and research in the emerging areas of manufacturing, textile, design, logistics and transportation, automation, maintenance etc. and to raise skill level in various fields related to these areas.The event was honoured by Sh. Sudhir Rajpal, IAS and the Principal Secretary of Industries & Commerce Department, Haryana, Sh. Raj Nehru – Vice Chancellor, Haryana Vishwakarma Skill University and many other distinguished person.  This meet encouraged and enhanced the interaction between the stakeholders for building a strong skilling framework. It served as a platform to discuss about the current needs of the industry in terms of skilled human capital and how the academia can help in nurturing the potential work force with desired skill set. 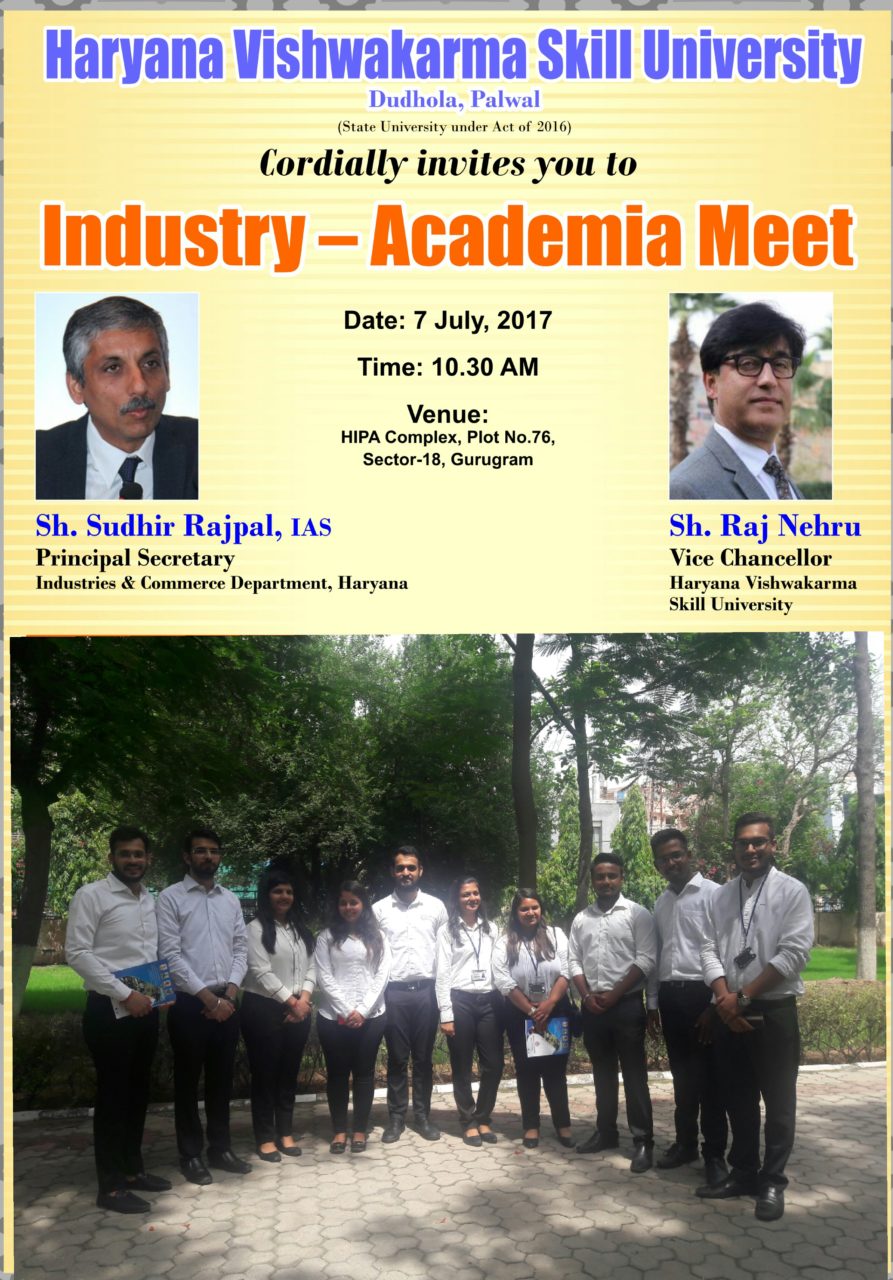 After the welcome message, Shri Raj Nehru, Founding-Vice Chancellor of the University addressed the gathering where he emphasized on the loopholes of the education system in India thus bringing in the reason for the establishment of such a University where vocational and skill education would be the prime objective. He also explained the 10-20-70 Rule. Where 10% is formal learning in classrooms, 20% is through Practical trainings and 70% is learning on the job.

In the end, Mr. Raj asked the audience to give their valuable advice on how they can improve their University. Some of the various suggestions were:

► There is a lot of emphasis given on numbers i.e. number of people registering for the skill courses. This should be avoided.
► The education system needs to be diverted towards vocational and skill learning rather than mere passing examinations.
► The students coming from various institutions are not job -ready, they still lack the required skills.
► The courses should have long term employability i.e. they should be structured in a manner that is relevant for the industry even after five years from now.
► A suggestion of a skill test also came up in which when a candidate shows his/her interest in joining the skill course, he/she would have to give a skill test, the results of which will indicate as to which course he/she should opt for.
► A suggestion of virtual courses also came up to facilitate the working class.

He even highlighted that the vision of the University was not just limited to India but it wanted to become a global mark. He also appreciated the hard work of his team members by pointed out that they did not work like government employees rather worked just like any other competitive corporate employees. He also mentioned Cooperation extended by IKLM, Gurgaon by providing students volunteers which helped greatly in making event a success. Lastly, he thanked all the industry people for contributing in the event and joining hands with the University.