One may be right to question the power of law as an interdisciplinary and normative tool that can lead a social change thereby redeeming lives in the process. It may be pertinent to revisit the Sophist challenge to justice in Plato’s ‘The Republic’, where the dialogue unravels why men behave justly? Is it because of the notions of divine retribution or do men behave justly because it is good for them to do so or is it because the mighty wish to subjugate the feeble? In light of this, the importance of a just Ruler (the State) in the present times is necessary, the lack of which would result in an impending disaster.

These are the most uncertain times most generations have witnessed; several economies in the world are at a standstill and the most basic human right, i.e. the right to freedom of movement, has been snatched from citizens. What does this story tell us? Are the citizens of most (even the most developed) nations not aware of the imminent danger that the novel corona virus, the Covid-19 poses to lives, economies and the future of the world as we know it. We saw the Italians singing in their balconies, we saw China’s graph flatten but what we conveniently skipped was the number of coffins piled up in Italy’s funeral grounds and the strict lockdowns imposed in the Hubei province in China.

Why was it necessary for the State to intervene with fundamental rights of people in most countries in the world, including India? It was not because the State envisaged subjugating the feeble nor was it the might of imposing “divine retributions”, in the present scenario, the only viable reason seems that the subjects of the State simply are unaware of the right thing to do. The lockdown is not out of choice of governance or to redeem an advantageous ulterior motive (as challenged by many), the direct causation only indicated towards the absurdity of its subjects. The state has to use enforcements and the tools of reprimand to ensure the safety of its public, including the safety of the reprimanded. One is forced to look at the videos of Italian Mayors, requesting, or rather threatening the public to stay inside lest face the wrath of enforcement agencies and the flock of students celebrating spring break in Florida, USA. Closer to home, the gathering of thousands of migrant workers near Delhi-Uttar Pradesh border signifies the requirement of State intervention in the face of lack of protocols and awareness.

In the times to come, the imposition of these lockdowns will have tremendous undesirable and/or desirable effects on the growth and development of healthcare, small and medium sized businesses, financial economies, capital markets and more importantly the way we lead our lives. At the very least, the lesson each one of us can derive out of this is to never let the State be left with no other choice but to curtail our very basic rights, only to right a wrong exacerbated by our own incongruities. 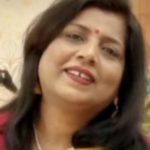 A doctorate from The Business School, University of Jammu withdoctoral work in the domain of Management with Functioning of Corporate Universities being her core area of Research, which has given her a deeper insight into cross-functional issues of higher education imparting Institutions.She has done her Master’s in Business Administration from the same university, specializing in Marketing. She holds her degree of Bachelors in Science from Gargi College, University of Delhi.