Value Education, a process by which values are inculcated among people. It is transmitting a set of values which often come from religious customs or societal or cultural ethics. “Life is precious”, everyone knows that.  However, If life is so precious, the values governing the life are equally important. Morals and Values are nothing, but a code we adhere to for living in a society which is civil and just.

Values in education are the virtues that make up a human being. Values mould our behaviour, relationships, choices, and the sense of who we are. The greater the positivity in our values, the greater will be the positivity in our actions. This is one of the reasons for value based education being included in all types of learning, because it plays a great role for student’s becoming successful in their self chosen careers.  Education is the vehicle of knowledge, success and self preservation. Education not only provides a platform for success, but also the knowledge of social conduct, character, strength and self-respect. The greatest gift that education bestowed upon us is the set of values (Indrani, Beena, 2012)

In today’s “Market Oriented” society, Children are groomed to be professionals to grab the top paying jobs in the market. Therefore, while it is necessary to teach the child to fish instead of giving him a fish it is values that make a man. These values include the simple difference between right and wrong, a belief in God, the importance of hard work and self-respect.

Liberalization, globalization and industrialization, have led to rapid changes in almost all social sciences, thereby leading to vast changes in the value systems, attitudes of people and the overall education system. The greed for money, power, fame, success and other materialistic attributes have led to a scenario of moral degeneration worldwide. The following characteristics prove the downfall of values and moral in today’s world.

“Seven sins: wealth without work, pleasure without conscience, knowledge without character, commerce without morality, science without humanity, worship without sacrifice, politics without principle,” Mahatma Gandhi. Surprisingly, these have become a part of every person’s life in today’s world.

The solution for these problems stems from their root causes itself. We know that children today are tomorrow’s citizens. Good education to the present day children, the future of the next generations will be well. Education seems to be the solution for all types of the problems. Living in the modern century, use of science and technology in the proper way will curb all difficulties to solve all the problems of the non-moral and value things. The main objective of the study is to inculcate moral and value based education in schools and colleges and to know the attitude of intermediate students towards moral values.

The objective of education in a country like India, which has an incredible heritage and  diversity in geography, values, culture and beliefs, rarely seen in this wide world, should be to educate a student of the value system which is indispensable to live successful life (Das, Sayan, 2008).

Considering the above mentioned fact, apart from schools, value education is now being propagated at the college level also. To quote an example, Commissionerate of Collegiate Education, Andhra Pradesh State, has launched value education for the promotion of ethical values among degree college students.

Under this programme, all degree colleges across the State will conduct value education classes for the students of degree first and second year compulsorily from this academic year onwards (The Hindu, 2013).

Education is an effective weapon. Education is a weapon, whose effect depends on who holds it and at whom it is aimed (Joseph Stalin).

Through education we can change the world. Following few steps can help us mould today’s students into civilized citizens of tomorrow.

Values do not only talk about our attitude and behaviour towards other people but also other species on the earth such as plants and animals.

To cite an example, United Nations Educational Scientific and Cultural Organisation (UNESCO) has developed a module on values education for its multimedia teachers’ education program on “Teaching & Learning for a Sustainable Future.” This module provides an opportunity to understand the importance of human values and attitudes in shaping the future. It also provides ideas and examples for two categories of strategies for exploring values in the classroom – values clarification and values analysis (UNESCO, 2010).

This module is delivered using four activities namely, “The Elephant Dilemma” which reflects the values about the animal conservation through a case study ‘The Elephant Dilemma in Africa’; “Towards and Ethic of Sustainability” depicting the basic relationships that people have with the Earth and with each other and lastly, “Values Education Strategies” to develop principles for dealing with values-laden issues in a professional and ethical way (IUCN, WWF and UNEP, 1991).

According to Father of Indian Nation, M. K. Gandhi:

“If wealth is lost nothing is lost

If health is lost something is lost

If character is lost everything is lost”

Best of all things is character.

Values and ethics help to build a great character. Thus value education completes this need very easily with an impact on the young minds making the world a better place to live in.

The Hindu (2015). Value Education for Degree Students. http://www.thehindu.com/todays-paper/tp-national/tp-andhrapradesh/value-education-for-degree-students/article4822142.ece accessed on 12th May, 2015.

UNESCO (2010). Teaching and Learning for a Sustainable Future http://www.unesco.org/education/tlsf/mods/theme_d/mod22.html?panel=1#top 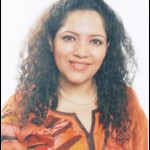