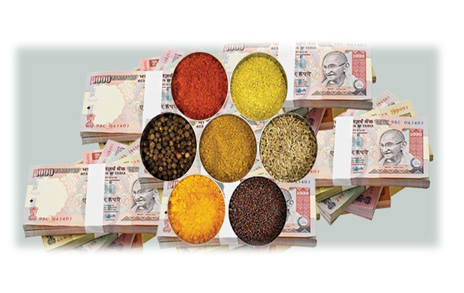 Bonds are instruments of debt – typically used by corporates to raise money from investors. Masala bonds, on the other hand, have to be explained in the context of Indian corporates raising money from overseas investors. Before masala bonds, corporates have had to rely on avenues such as external commercial borrowings or ECBs. The challenge with the likes of ECBs is the entity raising money is faced with a currency risk – they have to be raised and repaid in dollar terms. A year is a long time in forex markets – currencies fluctuate sharply. So, imagine the risk a bond issuing entity, especially one with largely rupee earnings, if issue and repayment are years apart.

They are rupee-denominated bonds issued to overseas buyers. This is how it is different from other instruments. With a masala bond, a corporate could issue Rs. 10 billion worth of bonds with the promise of paying back Rs. 11 billion in one year. But as the Indian rupee has limited convertibility, the investors will lend the dollar equivalent of the Rs. 10 billion. After one year, the Indian corporate needs to pay back the dollar equivalent of Rs. 11 billion. The currency risk is with the investor.
The International Finance Corporation (IFC), the investment arm of the World Bank, issued a Rs. 1,000 crore bond in November last year. The purpose of the issue was to fund infrastructure projects in India.

IFC named them ‘masala’ bonds to reflect the Indian angle to it. This kind of naming has been done before. There was even much speculation about what the rupee-denominated bonds would be called before ‘masala’ was confirmed. Samosa, Ganga, and Peacock were apparently some of the names doing the rounds.
Why should investors look at masala bonds?
The Finance Ministry has cut the withholding tax (a tax deducted at source on residents outside the country) on interest income of such bonds to 5 per cent from 20 per cent, making it attractive for investors. Also, capital gains from rupee appreciation are exempted from tax.
Globally, there is ample liquidity thanks to lower interest rates in developed markets, but there are very few investment options due to weak economic conditions globally. India is that rare fast-growing large economy, and masala bonds is one way for investors to take advantage of this.
What do masala bonds mean to the issuer?
An important consideration for issuers is the access to cheaper funding than what’s available in the domestic markets, according to ratings firm S&P. For corporates, who would be the main issuers, masala bonds will be one other key source of funding apart from banks and local debt markets. Another ratings firm India Ratings and Research says such bonds would lower the cost of capital over a period of time – the cost remains one of the highest in Asia. This also makes sense given that Indian banks are reluctant to lend to sectors facing weak demand and heavy debt.

It helps the Indian companies to diversify their bond portfolio. For example,earlier companies used to issue only corporate bonds. Masala bonds is an addition to their bond portfolio.
It helps the Indian companies to cut down cost. If the company issues any bond in India, it carries an interest rate of 7.5%-9.00% whereas; Masala Bonds outside India is issued below 7.00% interest rate.
It helps the Indian companies to tap a large number of investors as this bond is issued in the offshore market.
Masala bonds will help in building up foreign investors’ confidence in Indian economy and currency which will strengthen the foreign investments in the country.
An offshore investor earns better returns by investing in Masala bonds rather than byinvesting in his own country.For example, if he had invested in the bond offered in his own country the US, the bond yield is hardly 2% whereas if he invests in rupee denominated Masala Bond the yield ranges from 5.00% to 7.00%.
An investor will benefit from his investment in masala bondsif the rupee appreciates at the time of maturity. For example,Price of a bond in Rupee terms is Rs. 1050, INR/USD rate on investment date is Rs. 70, Amount Invested in USDis $17.5, Redemption Amount in Rupee terms is Rs. 1800, INR/USD rate on Redemption date is Rs. 60, so Redemption amount in USD would be $30. The investor pays $17.5 and receives $30, i.e., the investor is earning a profit of $12.5 on his investment.

Risk
As it is rupee denominated bond the risk will be borne by the investor. The issuer does not carry any currency risk by issuing this bond in the foreign market.
For example:
Price of a bond in Rupee terms: 1050
INR/USD rate on investment date: 60
Amount Invested in USD ($): 17.5
Redemption Amount in Rupee terms: 1110
INR/USD rate on Redemption date: 70
Redemption amount in USD ($): 15.85
The investor pays $17.5 and receives $15.85. The loss of $1.65 on his investment due to fluctuation in exchange rate has to be borne by the investor.

Conclusion
Masala bond will help the Indian corporates to reduce its interest cost burden on the debt amount on its balance sheet. The more of foreign funds can be used for infrastructural development in the country. Overall, the development of a Masala bond market would be positive for Indian firms, opening up potentially significant new sources of funding over External Commercial Borro wings (ECB). 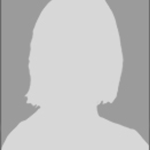