Jeff Bezos of Amazon is known to be obsessed with getting into the hearts and minds of Amazon customers and his long-term perspective on relationships (and Business strategy) are legendary.Howard Schultz of Starbucks is well known to love the company and its people. Steve Jobs’ biographer attributed some of Jobs’ success in developing creative and popular products to his ability to identify,analyse and control emotions. “Jobs could size people up,understand their inner thoughts,cajole them,intimidate them,target their deepest vulnerabilities and delight them at will.He knew intuitively how to create products that pleased,interfaces that were friendly and marketing messages that were enticing”(Issacson,2011) .This suggests that successful leaders differ from their competitors not in traditional intelligence but just that they understood better how people feel and leveraged this understanding in developing products and culture that appealed more to customers and employees.

The most effective leaders are alike in one crucial way, they all have high degree of Emotional Intelligence.It is not that IQ or technical skills are irrelevant.They do matter as the entry level requirement but decades of research have shown that EI is what makes a successful and a great leader.A study looked at the successes and failures of 11 U.S. presidents and evaluated them on six qualities: communication, organization, political skill, vision,cognitive style, and emotional intelligence. The key quality that differentiated the successful from the unsuccessful was emotional intelligence. International search firm Egon Zehnder International analyzed senior executives and discovered that those who were strongest in emotional intelligence were more likely to succeed than those strongest in either IQ or relevant previous experience. Recent HBR article reported on the strong link between empathetic leaders and financial performance. EI affects how people behave,navigate social complexities and make personal decisions to achieve positive results.Presence of EQ is known to help relieve stress, communicate effectively, empathise with others, overcome challenges and defuse conflict.

What is Emotional Intelligence?

Mayer and Salovey firstly coined the term Emotional Intelligence in 1990 and a decade later Daniel Goleman established its importance in business leadership. The Harvard Business Review defines EI as an individual’s ability to accurately recognize, understand and manage their own emotions as well as that of others. EI is made up of four core skills Self-awareness., self-management,social awareness and relationship management. Self-awareness is the ability to be aware of one’s emotions and manage behavior and tendencies accordingly.Self-Management is the ability to use self-awareness to stay flexible and positively direct one’s behavior.Instead of reacting to every feeling, one waits for the emotion to pass so that one can respond reasonably instead of taking impulsive decisions. Social Awareness is the ability to accurately pick up and understand emotions in others. As a result, one takes people’s emotions into consideration while choosing the right words and actions.Relationship Management is the ability to use self and social awareness to manage interactions successfully.

Why Emotional Intelligence is Indispensable for Leaders?

Emotional Intelligence is a key determinant of effective leadership. High level of EI enables a leader to perceive accurately, understand, and appraise others’ emotions and better respond flexibly to changes in their social environments and build supportive networks (Salovey et al 1999). Leaders high on Emotional Intelligence are successful because

A leader lacking in emotional intelligence is not able to effectively gauge the needs, wants and expectations of those they lead. Such leaders react from their emotions without filtering them creating mistrust amongst their staff and seriously jeopardize their working relationship.On the other hand an emotionally savvy and intelligent leader is also able to build stronger teams by strategically utilizing the emotional diversity of their team members leading to high performance and workplace satisfaction.

Conclusion – Emotional intelligence is the foundation for a host of critical skills, is the single biggest predictor of performance in the workplace and the strongest driver of leadership and personal excellence. World economic forum has also listed it as one of the top skills required in 2020.In future with the advent of Artificial intelligence a lot of jobs are going to disappear, but the thing that we will always have that is more important is emotional intelligence. 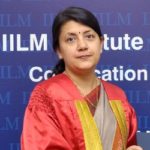 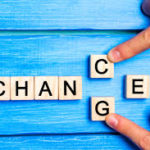 “Education is what remains after one has forgotten what one has learnt in school” -Einstein Introduction The Indian education system is largely based on rote learning. Students focus more on memorizing the facts rather than understanding. This creates a bridge between education and knowledge. UGC even during the pandemic amidst the lockdown announced exams stating END_OF_DOCUMENT_TOKEN_TO_BE_REPLACED

Conversations around mental health have always been a taboo in our Indian society. It has been related to how a person might be possessed or simply is dysfunctional to be ever cured; thus not be able to work in an environment to sustain oneself. People in our country are struggling with varied psychological issues END_OF_DOCUMENT_TOKEN_TO_BE_REPLACED