On August 16, the IILM UBS Batch 3 of BBA in Entrepreneurship (2016-19) traveled to the world’s second most business-competitive global city, the home of the Toronto Maple Leaves, and tourist attraction CN Tower. Students spent the weekend visiting some of the most reputable companies in the world and participating in a community service project. The evening began with an introduction to Google’s mission and values, and a tour of Google Toronto’s new offices. Google’s two key workplace values are healthy lifestyles and environmental friendliness, said a Google representative, which was evident in the design of the office: from the polished concrete floors to the inexpensive timber stand walling to the galvanized steel wall frames, and reclaimed seats from the old Montreal Forum.

Meeting rooms were named after cities and parks in Eastern and Western Canada, with a shower room (for employees needing to shower after bicycling to work) named “Niagara Falls.” Google has also partnered with Bullfrog for its energy needs in order to create a net zero carbon footprints, the girls were told.

The trip brought together a diverse group of individuals, both within the Seneca College and at the companies they visited. Students spoke with knowledgeable professionals from these global businesses, toured the facilities, and learned firsthand it’s like to work for a global professional services firm. Later the students were given a chance to ask numerous questions regarding “How Digital Marketing can help their Business grow”. A pizza supper and a presentation on Google’s products concluded the evening.

Learning Outcome: The students were able to relate the concepts learnt in the classroom. They learnt about the various strategies adopted by Google. This visit was a part of the module Strategic Management. A pre and post briefing reinforced the concepts delivered.

Feedback: Well appreciated by the students. 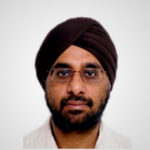 The Finance Industry features a huge role to play when it involves making business purposeful. This sector currently faces multiple challenges, but the two most prominent ones are information asymmetry and financial illiteracy. The cutthroat competition within the industry has led to several institutions flouting norms. Wells Fargo may be a case in point wherein END_OF_DOCUMENT_TOKEN_TO_BE_REPLACED

This article is a small effort to help one understand the science and art of negotiation and manage the negotiation processes. It suggests few insights of the same. Negotiation is all about trading or in simpler terms, it is nothing but a type of deal one does while carrying out businesses. It is distinctive END_OF_DOCUMENT_TOKEN_TO_BE_REPLACED