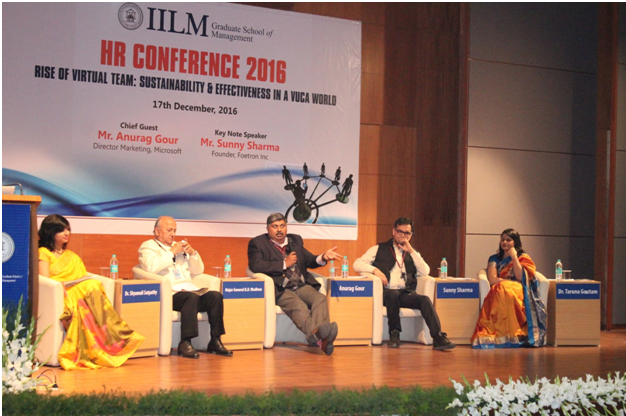 “Rise of Virtual Team: Sustainability & Effectiveness in a VUCA world “

IILM Graduate School of Management, Greater Noida is in continuous pursuit of all-round excellence in Management Education by narrowing the gap between academia and industry. To that end, IGSM, Greater Noida organized a day-long HR Conference on the theme “Rise of Virtual Teams: Sustainability and Effectiveness in the VUCA World” on Saturday, 17th December, 2016 at its Greater Noida Campus. The Conference aimed to provide insights on dynamism of virtual team in a volatile economic environment. It focused on socio-emotional communication strategies and the changing role of leadership for virtual team effectiveness.

The Conference began with a Welcome Address by Dr. Taruna Gautam,Director, IGSM, followed by an introduction to the Conference theme by Dr. Shyamali Satpathy, Conference Chair. Dr. Gautam addressed the students about the dramatically changing business environment where team members have to overcome space, time and cultural barriers to deliver and sustain in the competition. She also highlighted on new information age, internet of things and artificial intelligence are disrupting existing business models and affecting their long term feasibility. Dr Satpathy threw light on sustainability and effectiveness of virtual team in the era of globalization. She emphasized on the role of Socio-Emotional communication strategies and leadership for the effectiveness of a virtual team. 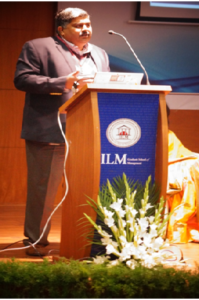 Mr Gour during his Inaugural session discussed about his experience at Microsoft where he has been associated for over a decade. He also discussed on Digital Transformation due to the change in the VUCA World and about the challenges faced by the companies due to paradigm shift in the global business landscape.

With supporting facts and figures he spoke about the changes in the VUCA World and the constant transformations in the Fortune 500 companies. He said that technical infusion has lead to uncertainty and consequently to opportunity. He laid emphasis on employee engagement and role clarity for effective people management. . 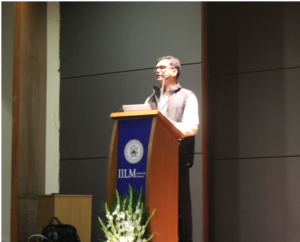 The Keynote Speaker of the Conference  Mr. Sunny Sharma, Founder, Foetron In.

Mr. Sharma elaborated on the broad idea about the changes in the VUCA World.  He stressed on the fact that most important asset is the data which people do not want to share and it is very important to gain trust which comes from working in a team continually. He stated that the young people today do not want to be judged but want solution to their problems. He concluded the session by stating that the world is volatile and it for us to decide how to cope up with changing environment.

Both the speakers concluded that in order to get succeed, HR personnel must understand their responsibility towards the business, objectives and mission of the organization. The session was very interactive and students took deep interest in exchanging ideas with the speakers. 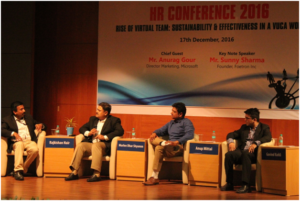 After the inaugural session, the conference proceeded to its first technical session where Professor Arun Gupta, moderator of the session, introduced the panel members and gave a brief idea about the objectives of the session.

The first panel member of this session was Ms. Runa Maitra, Founder & Director of People Talent Management. She started the discussion by sharing her own experience in working in different environment. She also said embracing technology like social media would increase networking and employee engagement.  A leader needs to keep people motivated, happy and actually connected with the organization which leads to increase in productivity. She laid emphasis on ability to understand and manage emotions in a virtual team for conflict management.

Manuel Pardhe, HR Head, Thompson Digital was the next panel member to talk. He shared his experience of working in different sectors seeing a lot of volatility. He also focused on the power of technology which makes it possible for the organizations to increase their connectivity which in turn leads to effective communication among the team members of different time zone. He also shared his experience of working in gulf country and in America. Lastly he concluded by saying if the organizations do not adapt to the technology they won’t survive.

Ms. Anjali Singh, Zonal Manager, Mahindra and Mahindra was the last panel member of the first session.  She continued the session mentioning the VUCA World gives a lot of challenges but gives opportunities as well. By giving example of UBER, she tried to explain how a disruptive innovation also has a social aspect that is of giving a lot of employment or empowerment. She also discussed on team dynamism and role of emotional intelligence to resolve conflict in a virtual team.

The second session moderated by Professor Rajkishan Nair introducing the panel members to the audience.

The first speaker of the session was Mr. Murlee Dhar Shyamm, Vice President HR, RJ Corp Healthcare. Mr. Murlee initiated the session by quoting “An organization must focus on seeking for best employees, should be customer centric and should respect individual effort”. He also spoke about sustainable business practices by exploring new ideas that necessarily entailed risk. Further he reflected upon challenges that have been happening across the last decade with some influence areas key areas like globalization, digitalization and innovation.

Mr. Anup Mittal, AGM, Retail Sales, Vodafone Ltd. was the second speaker of the session. He continued the session by sharing his own experience of working in a startup that delivered services like bouquet to the customers from there he explained the concept of “Virtual” He elucidated that virtual is something that is connected intangibly. He further continued the session by saying that leadership is a born quality. And some leadership qualities are to be developed as per the situation’s demands.  It is just the vision, mission, cohesiveness, and what the leader brings on the table.

Mr. Govind Kohli, AGM, HR, Jiva Ayurveda was the last speaker on this panel. He spoke about the role of leadership and mentioned that great leaders by themselves were not good enough for building world class companies; it required the concerted effort of talented employees who were aligned to a company’s mission and vision to transform a dream into a reality. As a leader, one has to ensure that he has to create social aspect of everything.

Valedictory Address & Vote of Thanks

Mr. Murlee Dhar Shyamm gave the Valedictory Address focusing on urge to be wiser, thoughtful, and doing a lot more research, to have clear vision for team effectiveness. He stated that the change in the VUCA World will make every organization to change the way it operates.

The students showed interest and responded with great enthusiasm while putting up questions to the panelists and guests speakers. The conference concluded with Vote of Thanks proposed by the conference chair Dr.Satpathy. She acknowledged all those who had contributed in making the conference a success. 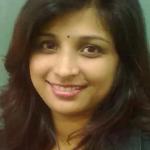