With India becoming the fastest growing economy in the world, global business is upbeat about expanding operations in the country. As expected and in tune with global trends, retail has come up as one of the most promising sectors in India to attract international attention. In fact there is tremendous scope of expanding and upgrading retail business in India in terms of volume, ease and satisfaction. Currently Indian retail industry is one of the most dynamic and fast-moving sectors with huge potential for attaining newer heights. According to the India Brand Equity Foundation, retail sector in India accounts for about 10 per cent of the country’s Gross Domestic Product (GDP) and approximately 8 per cent of employment. India is also the world’s fifth-largest global destination in the retail space. In a report titled – “Retail 2020: Retrospect, Reinvent, Rewrite” – the Boston Consulting Group and Retailers Association of India highlight that India’s retail market is expected to nearly double to USD 1 trillion by 2020 from USD 600 billion in 2015. A study named “The Indian Kaleidoscope – Emerging Trends in Retail” conducted by FICCI and Price-Waterhouse Cooper is more upbeat in projecting India’s retail sector to become a whopping USD 1.3 trillion industry by 2020. Facts and figures are thus quite impressive and expectations are sky high among business leaders and policymakers on the future prospects of Indian retail sector.

Foreign direct investment (FDI) is a key factor that encourages fast-track growth of retail sector in India. According to the Department of Industrial Policy and Promotion, Government of India, currently 100% FDI is allowed for single-brand product retail business with prior Government approval while 51% FDI is allowed for multi-brand retail trade. There is a plan to further liberalize the retail sector in order to encourage more investment and attract global players. FDI has a catalytic effect in modernizing, diversifying and increasing competition in the retail market. It has a positive effect on supply chain operations, development of skilled & trained manpower, and improved efficiencies in the market. All these are highly encouraging developments that have the potential to give a robust boost to the existing state of affairs in Indian retail industry.

A unique perspective of retail sector worldwide is that it has interface with major dimensions of business such as marketing, advertising, and information technology. Because India is the fastest growing economy in the world with robust liberalization policy and massive customer base, it naturally gives retail sector a competitive edge. Over the years India has proved its preeminence in information technology and e-commerce. As a result the future of retail business in India is undoubtedly poised for exponential growth trajectory. Another silver-lining in India’s retail sector is the current gradual shift toward significant presence of online retail players who have in turn provided new dimensions to the concept of retail business. Expansion of online retail in conjunction with traditional players provides consumers with diverse choices of goods & services, spectacular shopping facilities, and wholesome access to market information. Such a trend has significantly empowered consumers to make choices from alternatives thereby immensely boosting the spirit of competition in Indian retail market. In this context the policy initiative of “Digital India” promoted by Prime Minister Narendra Modi is expected to play predominant role in stimulating business prospects in India’s retail sector. In addition to the growth of hypermarkets such as Spencer’s, Lifestyle India, Big Bazaar, Shoppers Stop, etc. presence of online retail giants such as Snapdeal, Amazon India, Jabong, Flipkart, Myntra, etc. have in a way revolutionized the retail market in India. Today majority of customers, at least in metropolitan cities, prefer buying commodities online. At the same time attractive discounts are often offered for online purchase thereby providing an embedded incentive to buy more from retail chains. Online retail in association with traditional retail has changed the dynamics of shopping behavior of consumers. In an era of buyer’s market and with the presence of large affluent middle class population in India, there is a vibrant spirit of heightened competition among the retail chains to provide best product bundles. Online retail offers ample choices instantly to prospective customers to select from and also gives them value for time. It is imperative for customers who are genuinely interested to do wholesome shopping in limited time span. With a large section of Indian consumers increasingly becoming computer and social network savvy, online retail provides optimum momentum in enhancing aggregate demand in the economy. These are all highly encouraging symptoms of economic buoyancy in the country. In fact retail sector is at the forefront in increasing national output and productivity. Importantly this vibrancy in the retail sector has been in a rising trajectory over the last few years and is expected to be more competitive in times to come.

All that said there are major challenges to address as well. One of the basic problems that Indian retail market has been confronting till date is the presence of huge unorganized retail trade characterized by mom-and-pop shops and local vendors in every nook and corner of the country. The situation is quite intense when we go to semi-urban and rural areas. According to a McKinsey & Company report titled – “The Great Indian Bazaar: Organized Retail Comes of Age in India” – while about 95% of India’s retail market belongs to unorganized sector, organized retail is expected to grow from just 5 – 6% to 14 – 18 % of the total retail market by 2015. As compared to countries like the United States, Britain, France, Germany, and Japan, India is at a much early stage of evolution in organized retail. This is a major challenge that needs to be taken care of and with urgency. Even if there is significant expansion of organized retail in metropolitan cities in India, Tier 2 and Tier 3 cities are still dominated by unorganized retail business. Also there is great potential to streamline and upgrade rural retailing that is currently just in a formative stage. Growth of organized retail has a positive tangible impact on GDP growth rate, income & employment generation, efficiency & competition, and market sentiments. On the other hand presence of large unorganized sector characterized by low cost infrastructure and owner driven enterprises are more prone to tax evasion. In India where majority of the population live in semi-urban and rural areas it is truly an enormous challenge to integrate the unorganized retail trade into organized market domain. Purely from economic and business standpoint it is important to reduce the unorganized retail sector to the extent possible because such a move would help better fiscal management and investment prospects at the national level. In order to quickly transform unorganized retail to organized retail trade, there is a need for healthy public-private partnership. Retail chains belonging to both organized and unorganized have to work jointly with the government in making a well-planned strategy and eventually implement the plan effectively.

Technological up gradation of the existing retail facilities is also a major challenge. In this context banking & financial sector can collaborate with retail sector in fostering speedy and hassle-free business transaction so that more and more players in the unorganized retail are motivated to enter the organized retail market. One of the pressing problems in online retail is fraudulent practices in online payment. Any discrepancy in the payment method takes disproportionately longer time span to get fixed. The problem of retail fraud is also quite prevelant thereby adversely affecting retail sector in India. Another challenging aspect that Indian retail market confronts is lack of proper infrastructure to accommodate enough space for parties interested to promote business. Because of regional imbalance in terms of economic development, a large geographical dimension of the country is still deprived of the presence of big chains of organized retail. Consequently, organized retail is unable to tap business from a large chunk of the population in the country. In fact, poor infrastructural facilities and lack of proper awareness in relatively underdeveloped regions of the country over a long period of time have given advantage to the predominance and penetration of unorganized retail. Here too public-private partnership can play a transformational role in promoting organized retail business. Expansion of broadband internet facility in large geographical domain, especially in rural areas, as envisaged by the “Digital India” policy initiative is likely to change the dynamics of retail market in India. Here too public-private partnership can be a viable option to facilitate the growth of retail business. It is encouraging to notice that global giants like Google, Microsoft & Facebook have expressed interest to extend assistance in the expansion of internet facility in such regions of the country. The sooner the action is taken the faster will be the growth prospects of retail sector in such regions.

Another thorny issue that needs to be settled amicably, while expanding retail business in India, is to safeguard the interests of those engaged in agricultural and land based occupations. No policy measure will be successful if the concerns of agricultural community are overlooked. To serve this purpose the government has to be careful in formulating a comprehensive policy with dual purposes: (1) gradual and systematic expansion of organized retail throughout the country with special emphasis on economically backward regions; and (2) provide the farmers and agricultural community with adequate facilities/assistance to modernize rural retail networks, eventually with a focus to make them equipped to compete successfully with organized retail.

The above observations paint a mixed outlook for the Indian retail sector. Of course, there are realistic prospects of attaining newer heights in near future. The next five years are going to be extremely crucial in taking Indian retail industry into new levels of accomplishment and integration. With India increasingly becoming the global hub of information technology and e-commerce, retail is undoubtedly going to be one of the major sectors to experience the spillover effects. Another encouraging trend is that large segment of population in India uses internet and connects on social networking sites. Government policies with regard to retail sector are also becoming more liberalized every passing year. These are all favorable conditions to facilitate exponential growth in retail industry. However, challenges are also quite enormous. A proper balance between opportunities and challenges must be accounted for in policy formulation. There is no doubt that the emergence and dynamic growth of Indian retail sector is now irreversible. The intensity of future growth trajectory in Indian retail sector will be determined by the wholehearted and combined efforts of people, government and business for providing a competitive edge and achieving predominance in global arena. 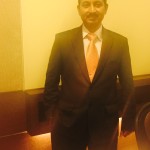 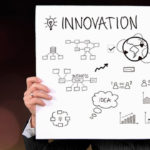 Innovation has become key buzzword for the economy around the world. There are reasons for that. The recent research shows that a major part of the rise of productivity in developed economies comes through innovation. END_OF_DOCUMENT_TOKEN_TO_BE_REPLACED