While municipal authorities and state governments were busily sensitizing the public at large on sanitizing self, their homes and public places, the Reserve Bank of India (RBI) came in and fired a bazooka to let the market participants and the world know that it has the economic might to respond to the Covid-19 crisis

The market was demanding action and the RBI governor delivered effectively on what was required.

So what did they fire –

The first salvo: A 75 bps cut in repo rate and a 90 bps cut in the reverse repo, thereby reducing the overall cost of financing in the country. This was a much-needed step as central banks across the world had reduced interest rates to soften the blow on borrowers in their country – a necessary solution to provide strong support in a recessionary circumstance to support home loans, retail loans, car loans, small and medium enterprises and large corporates especially in an economy which was already stuttering. This effort will reduce the cost of capital for most companies  and help them use the savings to meet growth objectives when the market recovers and provide immediate cash flow relief

The second salvo:  Infusion of liquidity of INR 3.74 lakh crore into the economy through

– Targeted long term repo operations (LTRO) of INR 1 lakh crore. This will enable banks to provide 1-3 year liquidity support to commercial paper, investment-grade bonds and non-convertible bond. The corporate bonds over the past few weeks were suffering due to lack of liquidity which is structural for meeting their working capital requirement and medium-term cash flows. By providing support and push to banks to lend, RBI has provided stability and certainty to the corporate funding needs, thereby mitigating liquidity risk which was pushing corporates into significant turmoil.

-Reduction of Cash Reserve Ratio (CRR) of banks from 4% to 3% –  1% reduction releases INR 1.37 lakh crore for a period of 1 year into the banking system allowing banks to lend more in these times. We already did see State Bank of India increasing the working capital lines to corporate on an ad-hoc basis by 20%

-Banks are allowed to borrow another 1.37 lakh crore under the Liquidity Adjustment Facility (LAF) window – meets the same objective as above.

-Liquidity , liquidity, liquidity – the  Three Ls reducing the trepidation that banks had and pushing them towards lending more during the economic lockdown.

The third salvo: a moratorium on term loans (both principal and interest) and deferment of interest on cash credit/overdraft of clients effective March 1, 2020.

This is a tricky one for banks as credit risk goes up for them as post the deferment of 3 months, there could be a rise in defaults and an already stretched Indian banking system would have to raise significant amounts of capital to meet the future needs of growth. But the Reserve Bank has thought about the economy in a manner in which the deferment helps business to meet their operating costs and keep the lights on till such time we come out of the crisis. This was important to avoid a wide-scale job loss in industries which were going to be stressed in this scenario – Hotels, Travel, Airlines, Oil and Gas, Transportation, Automotive, Metals and Mining.

The Reserve Bank did the above to help the Government meet the objectives of the 21 day lockdown (which could be extended further ) and meet the Finance minister’s INR 1.7 lakh crore economic package to offset the challenges of the economy. The RBI has primarily stamped the objective laid down by the government wherein the parameters on which the economy functions would be impacted.

So why is this required?

This is important to sustain an economy, it is the duty of the government to save its citizens, meet their day to day needs and ensure that each of us have reasonable access to healthcare. Globally, we have more than 6.8 lakh people affected with the disease in over 202 countries – of these we have over 15% needing hospitalization,  5%-7% needing intensive care and approximately 4% have died . In some countries, the cases have risen by over 50 times. So for India it is important that we agree to early contamination measures, lockdowns to protect Indians from going through the same cycle.

While the government has pushed the economic and social agenda, it is now upon to us to understand the magnitude of the effort, stay safe and stay home. Each of our contribution to this thought and measure will stand us in good stead and benefit the country. 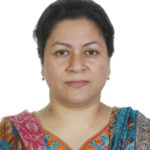