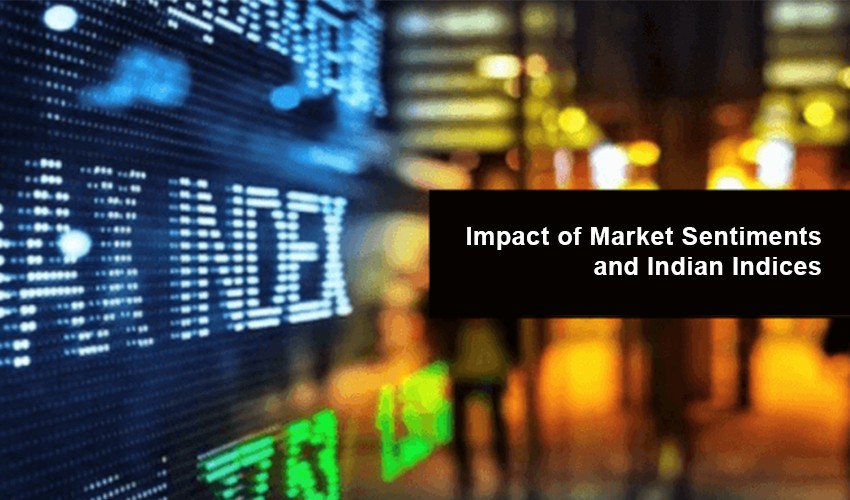 Indian Market is experiencing its worst nightmare since financial crisis of 2008. There has been a series of events which has led to the Downfall of Indian Economy since 2019. India was already facing challenges with the banking sector having huge Non Performing Assets (NPA) with Scams of IL&SF Infrastructure Leasing & Financial Services (IL&FS), whose defaults on its payment obligations led to a liquidity crisis in the shadow banking sector, had posted a staggering net loss of Rs 22,527 crore in 2018-19 (FY19) on a standalone basis, as against a net profit of Rs 333 crore in the previous year, according to the company and DHFL Bankruptcy scam putting deposit holders with overall exposure of Rs 6,000 crore and at risk of losing their savings.

These events impacted the banking system as a whole -after which two major banks came in the limelight.

First being the fraud of Punjab & Maharashtra Co-operative Bank Limited (PMC) that the PMC bank allegedly favored to the promoters of Housing Development and Infrastructure Ltd (HDIL) and allowed them to operate password protected ‘masked accounts’. It is found that around 21,049 bank accounts were opened by bogus names to conceal 44 loan accounts. The bank’s software was also tampered to conceal these loan accounts.

This bank fraud case was busted by a bunch of women employees of the credit department of the PMC bank. These employees told to the RBI that they were aware of the ghost accounts. When this case came in the light; then customers of the PMC bank rushed to the PMC bank to withdraw their hard earned money but they were refused to give their deposited money and withdrawal limit is set by the bank. Further the Enforcement Directorate (ED) had sealed the assets of Rs 3,500 cr of the HDIL group.

Followed by the fall of the 5th largest private sector lender… “Yes Bank” had loaned more than its net worth to companies that were unlikely to pay back the type of firms and sectors to which Yes Bank was lending resulted in the start of the crisis. According to one estimate, as much as 25% of all Yes Bank loans were extended to Non-Banking Financial Companies, real estate firms, and the construction sector. These were the three sectors of the Indian economy that have struggled the most over the past few years. And Yes bank got exposed to the toxic Assets.

The investors were already alarmed of the grey patch Indian banks were going through, but these events made them loose confidence. Had the Government and RBI start seeking for resolutions amid many concerns heading into 2020, the event that no one expected was the outbreak of COVID-19—

A Coronavirus that first emerged in the populous city of Wuhan, China, and which is now proving to be both more infectious and virulent than the common flu. Impact of this on global economic growth has been huge. The Organization for Economic Co-operation and Development (OECD) has halved the global gross domestic product (GDP) growth projection for 2020 due to Coronavirus. “The current restrictions have impacted most economic activities like travelling, consumption, etc. Manufacturing Industries impacted due to supply chain disruptions and this in turn will delay capacity additions and Capex spending. This event caused a massive crash in the global markets with drying up of liquidity and a complete halt of economic activity in various parts of the globe. The pandemic event has caused a dent in the real GDP growth of various developed and developing markets.

Making things worse is the crude oil war between Saudi Arabia and Russia, which has injected volatility into other assets. “Earlier, only the equity and debt markets were impacted by the Covid-19 scare; now the commodities and currency market are in turmoil due to the crude oil war. After a crash of this magnitude, market confidence usually does not come back soon.

If the Benchmark indices fall more than 20% from their peak, it is defined as a bear market. With the Sensex and Nifty down by more than 30% and we are deep in bear territory now. However, very few Indians have the courage to invest right now. An online survey by ET Wealth reveals that only one out of six investors is planning to buy aggressively at this stage .it is heartening to note that a large number of investors have not lost heart. They may have lost a big chunk of their investments in 2020, but they are not planning to go away. While the spread of Covid-19 is the main worry right now; investors are more worried about the economic impact of the lockdown. Experts say these fears are not unfounded, because it is not a financial market problem that can be addressed by monetary policies like rate cuts, quantitative easing or a fiscal stimulus. The real issue is the worldwide lockdown. “The economic pains triggered by Covid-19 and lockdowns are expected to last longer than the previous financial market crisis.

In the current phase, foreign investors are exiting the market, the net amount of Rs 59,377 crore was pulled out from equities and Rs 52,811 crore was withdrawn from the debt segment by the FPIs in the month of March 2020, which translate the total net outflow of Rs 1,12,188 crore, which comes after six consecutive months of investment by FPIs since September 2019. At the same time, domestic institutions have poured in Rs 55,595 crore. But if the markets continue to fall, even domestic investors may start exiting.

To calm the nerves of a stock market gripped by bears and to help liquidity conditions in the economy, the Reserve Bank of India (RBI) governor, Shaktikanta Das cut key policy rates on Friday 27-03-2020. This rate cut intervention by RBI has come after central banks across the world announced rate cuts to stave off a corona virus-related recession. the repo rate and reserve repo rate cut by 75 basis points and 90 bps, respectively (100 basis points/bps = 1 per cent). The repo rate now stands at 4.4 per cent and reserve repo rate at 4 per cent. The Reserve Bank will conduct auctions of targeted term repos of up to three years’ tenor of appropriate sizes for a total amount of up to Rs 1,00,000 crore at a floating rate linked to the policy repo rate . CRR reduced by 100 basis points to 3.0 per cent This would release liquidity of Rs 1,37,000 crore in banking system and many other policies to infused and boost the market confidence .

Impact on Industries and man power:-

The nationwide lock-down to battle corona virus pandemic is likely to result in huge job losses, pay cuts and freeze on hiring over the next few quarters, thereby giving blues to India’s already distressed employment in India.

Based on the best available estimates currently, there could be an estimated job loss of 10-12 million, across travel, tourism and hospitality sectors. The manufacturing sector is directly dependent on how soon the government lifts the lock-down, thus enabling people to go back to work.

Other worst-hit sectors are automobile & auto-components, MSMEs, consumer durables and capital goods sectors. These sectors will face the greater burden of the slowdown. India’s economy is expected to slow down to 2% from the current around 5% levels, while many other major economies of the world are going to be in the negative zone. The revenue loss in tourism, travel and hospitality sectors is pegged at $21 billion. With fear, uncertainty and doubt looming large on the future of the businesses across various sectors, one of the worst-hit sectors like hospitality sector has already terminated services of contract workers. Out of an estimated 20 million workers estimated 20 million workers engaged in the tourism, travel and hospitality sectors; an estimated 50% jobs will be affected.

As the number of COVID-19 cases worldwide topped one million with half of humanity now under lock-down and over 10 million jobs lost in two weeks in the USA and an estimated 11 million European workers have lost their jobs -this is clear that it has impacted Global Job losses as a whole. This particular black swan event has made the countries take a call on either safeguarding the economy which is at a complete standstill facing humongous economic loss or safeguarding the human capital.