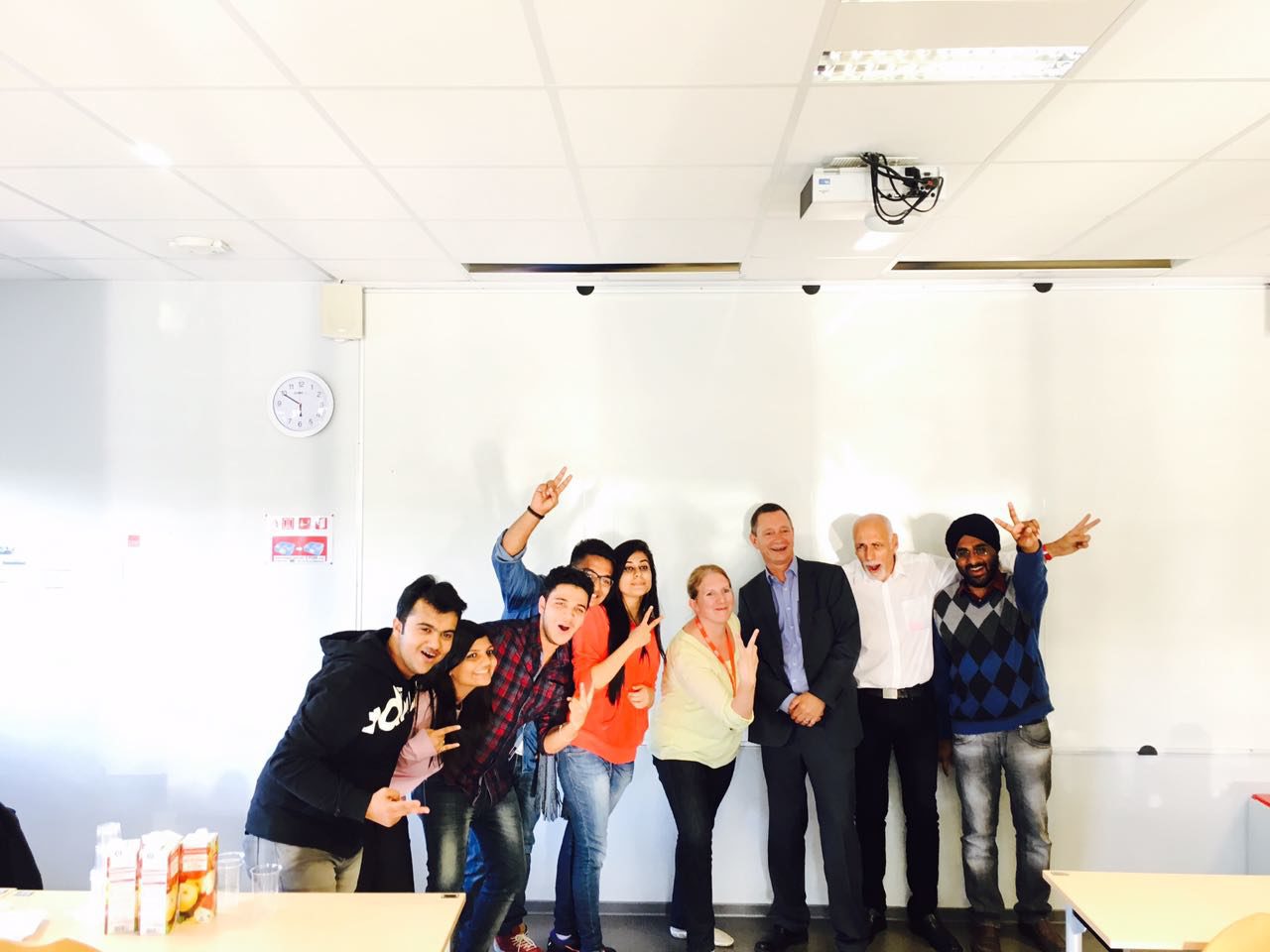 A global exchange program was organized for the PG-1 students of IILM, all the campuses. Students were given choices to choose one of their dream global universities on the basis of modules offered by the university. The choices were France, Spain, Canada, Germany and Finland. The entire program was sponsored by IILM and tied up university except the students extra expenditures like food, travelling etc. On 4th of September 2016, 45 students collectively from LR, Gurgaon and Greater Noida campus boarded Emirates for Ecole de Management de Normandie, France with Dr. Gurpreet Singh Bhatia (Associate Professor, Economics, LR) as the team lead for the students for the entire exchange program.  The students were provided with the resident at Apart’ City, Caen.

The exchange program started on 6th with the welcome speech of Alain Ouvrieu, director of EM, Normandie. During the orientation the students were introduced to the different modules they have to take for next 26 days. The modules were: Supply Chain Management by Roger Soulieux, Doing business in France by Marie-Pierre Seznec, Business startup by Max Mikale Bjorling, and Business Project by Alain De Lamaziere. The students were divided in the group of 5-6 and were asked to present a business plan on lingerie’s and swimsuit market in different country like Benelux, Great Britain, Germany etc. The whole program was coordinated by Severine Groult(International Development Manager, Short program) and Brigitte Laine(International Development Assistant). In addition with this the students were also explained about the rules and regulations to be followed in college and hotel. Each and every student was provided on the same day with a unique identity card and a tram/bus card to travel nearby location for free of cost. The cost for the meal for Indian students was reduced so that they have to don’t pay much in terms of euros in university canteen. 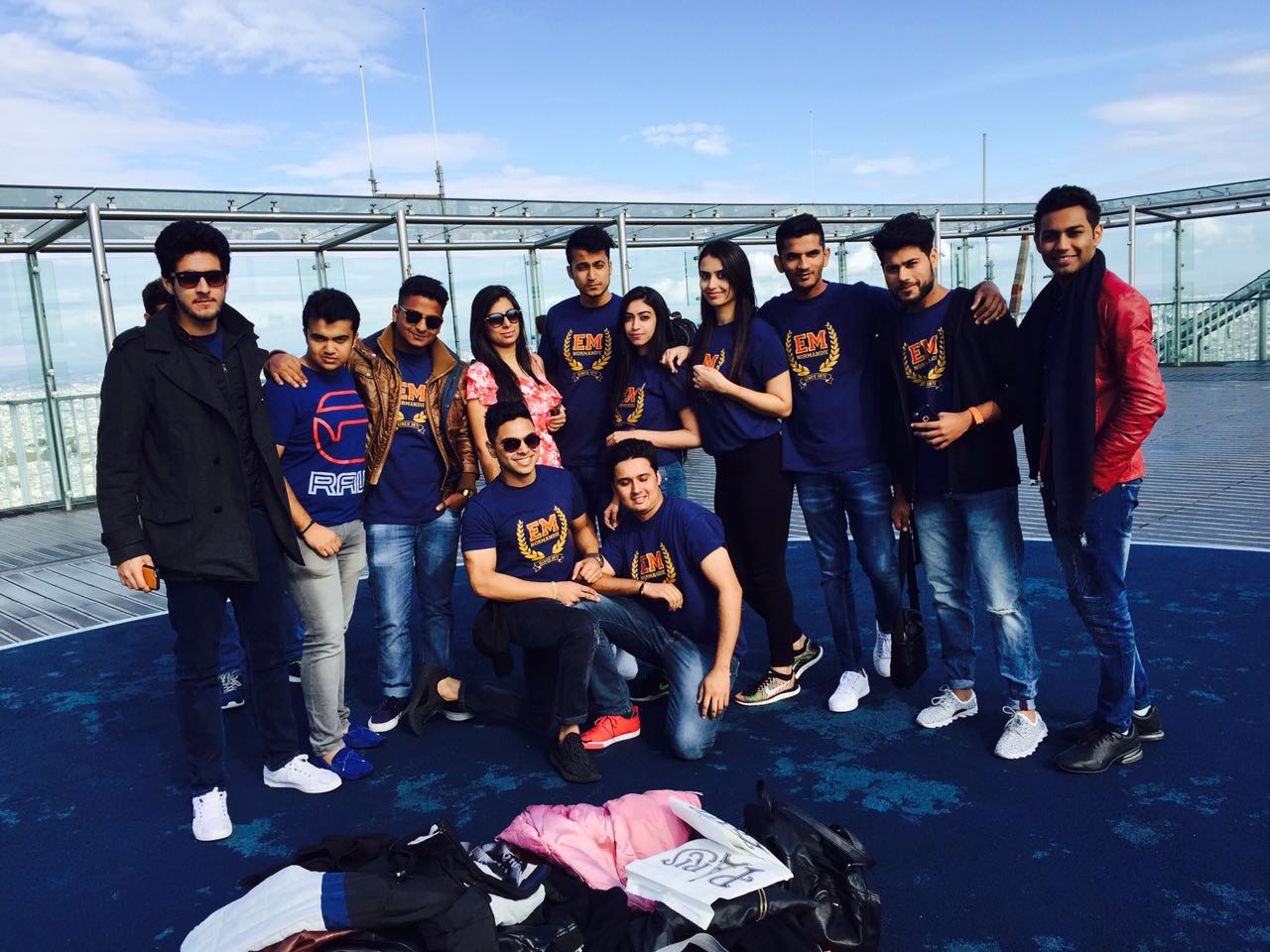 The program was planned in such a way that there were class room lectures and related excursion. For example after attending SCM classes there was an excursion planned for student to Le Havre Port for the better understanding and practical knowledge. A surprise team building activity was also organized for all in an amusement park called Festyland, where students were told to capture pictures and videos and finally produce a digital file which was discussed in terms of business in front of Mr. lair, Director of Festyland. In addition to this students were taken to Caramel D’isigny where they tasted the caramel products and were showed the entire process how caramel chocolates are made. Students were allowed to buy the chocolates and candies from factories own shop at cheaper rates.  Here the idea was to explain the businesses related to caramel i.e. how the raw materials like milk, sugar etc. are arranged from different parts of the country. Another excursion was also made to cider factory i.e. Billy’s farm where the students there shown the process of making cider and how apples can help in making business. Students were allowed to taste the different kinds of cider and buy them from the firm.

Not only the business excursion but also the fun trip was planned in between the studies. Trip to Etretat was planned to show and experience the beauty of nature’s creation in form of elephant trunk cliff. Since, Normandie was one of major victim during World War 2, so to explain the history and the past, another trip was planned to Omaha beach, US Crematory and to the Memorial at Normandie. The students were explained about the hard situation and grievances faced by the people during the Hitler rein and how the World War 2 changed the face of the world specially France. To make memories, students were taken to Le Mount Saint Michel which is one of Europe’s most unforgettable sights. Set in the mesmerizing bay where Normandie and Brittany merge, the island grabs the eye from great distance. The entire story of how a mout turned into a great place of Christian pilgrimage was explained by the help of audio guide to everyone.

A unforgettable trip was also planned for the students dream city i.e. to Paris. Each studentwas given a blue t-shirt with the brand tag of EM Normandie on it for the trip. Students were shown the 360° view of Paris from Montparnasse tower. In addition to this student were also shown some of the major brand and historical monuments like Arc De Triomphe and finally dropped to Eiffel tower where photoshoot was done and students were allowed to enjoy on their own. Finally a relaxing trip on cruise down the river Seine was organized which proved out a great way to see many of Paris’ famous landmarks and sights.

Over the weekends everyone was allowed to go for the places they wish. Majorly students targeted Belgium, Amsterdam and Switzerland. The expense for this trip was on their own. But before leaving from the hotel they were asked to give a written information of the places they are leaving to, the number of students going and there contact numbers, there hotel and travelling tickets details. This information was circulated to IILM as well as EM Normandie so as to keep a tract to the student’s safety and security.

Each module has given a timeline of 4-5 classes to complete the course. At the end the students were asked to present a power point presentation in three modules and a mock multiple choice question insupply chain management module. The students were rated on scale of 20 in business project and top 3 business plan i.e. groups were appreciated for their work. In business startup module the students were asked to present their idea individually on how tourism in Normandie can attract Indian tourist. Manvendra and Pravin, a student form LR and Gurgaon campus respectively got 20 on 20 for their idea. Similarly in module doing business in France a presentation in group was done on how the business in Normandie is going on in different sectors.

The 26 days for the student ended with lot of fun and learning at EM Normandie. Student who excel in their work were appreciated from university side and a dinner at was organized for all in an Indian restaurant by Severine. Finally on 30th morning the students were dropped to the Paris airport to back to India.