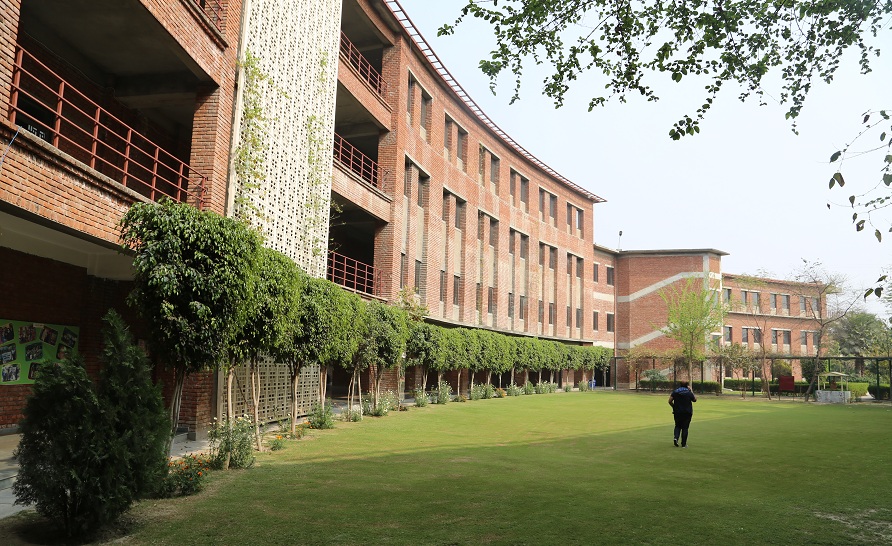 After a highly educational first session on the 2nd Day of the PRME Conference at the IILM campus in Lodhi Road, it was time to dig deeper into the issues plaguing sustainable development, resolution of which could accelerate the achievement of the SDGs. One of the major issues that needed to be addressed before implementing educational reforms was sustainable infrastructure, an aspect often overlooked in the scheme of things. Coordinated by Prof. Anirudh Luthra, the speaker panel of the session on Infrastructure Through The Lens Of Sustainability consisted of stellar personalities bringing in immense knowledge and experience for the eager young audience from top MBA colleges in Delhi.

Colonel Prakash Tewari, Executive Director at CSR wing of DLF Foundation, took the stage to shed some light on practices and knowledge needed to grow ethically and responsibly with sustainable infrastructure. He took the enraptured audience through the journey of building a smart city by elaborating on the evolution of Gurugram with DLF, rising from a barren land to a hub of housing offices of major Fortune 500 countries and contributing 3% to India’s total GDP. He also acknowledged that every resolution needs to be well-informed, after considering social, ecological, economic, and political factors that can be impacted by the resolution.

The second speaker for the session was Mr. Pranshu Gupta from Accenture Strategy India, who led an interactive session with the audience on their perception of Sustainable Infrastructure. He emphasized on the resource longevity as one of the core aspects of sustainable infrastructure that needs more focus. He illustrated his concern with the concept of Day Zero, a condition affecting Cape Town on a large scale. With 60% of India’s population posed to reside in cities by 2030, huge pressure on natural resources is anticipated. Such incidents, he said, would slowly snowball into the much-feared 2 centigrade worldwide temperature rise. Grim realities of global warming were also brought to the forefront, indicating that starting and implementing changes for sustainable development at the earliest was extremely critical. Mr. Gupta then proceeded to identify the challenges and opportunities associated with building smart cities – from ecological to financial as well as legal, along with the execution that plays a big role in determining the success of sustainable infrastructure development.

The final speaker of the session was Mr. Ajay Tyagi, Managing Partner, Lex Terrae who held a conversation with the audience and other speakers about maintaining a uniform standard and accountability for building every smart city unit across the country. He highlighted the importance of indulging in critical analysis of the solution before the actual execution of the tasks. Mr. Tewari elucidated with a real-life example of canal-building in the desert area of Rajasthan that eventually led to much-bigger ecological problems, thereby emphasizing the need for a thorough evaluation considering everything that could be affected by the move.

During the Q&A session that followed, the impact on and contribution to rural areas was brought to the surface where the speakers highlighted the effective and very often ingenious solutions the rural folks had for sustainable infrastructure around them. This affirmed their views that drawing knowledge from the local population can be extremely beneficial in creating solutions that can be applicable everywhere. The extremely enlightening session ended with a thunderous round of applause, all students from top MBA colleges in India invigorated and knowledgeable about the huge potential that came with building sustainable infrastructure to save the future. 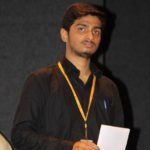 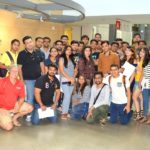 Do you want to step away from the rat race of bagging a secure job and dream of becoming an entrepreneur? If yes, then you deserve all the encouragement because it is truly a worthy aspiration. In this, you give shape to a completely original and innovative idea through the sweat of your brow and END_OF_DOCUMENT_TOKEN_TO_BE_REPLACED 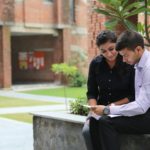 For three eventful days, IILM, one of the best MBA colleges in India, was buzzing with the 5th International Conference on Resolution to Resolve: Sustainability Practices in Industry and Education. And what a spectacular learning experience it turned out to be. Amongst its many plenary sessions, the most awaited one was on Innovation and Sustainable END_OF_DOCUMENT_TOKEN_TO_BE_REPLACED 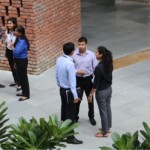 Every year, thousands and thousands of young aspiring minds aim to get into a top management college. The prestigious PGDM degree, they believe, will unlock their future and give wings to the dream of entrepreneurship they have harbored for long. At IILM, the philosophy lies in strengthening this belief and shaping future leaders of the END_OF_DOCUMENT_TOKEN_TO_BE_REPLACED